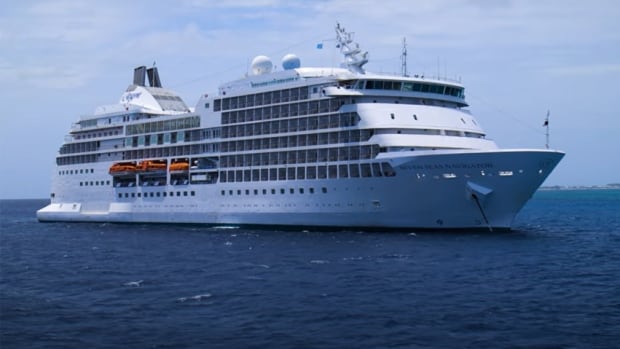 Saint John will welcome its first cruise ship Thursday after a two-and-a-half-year pandemic pause and port officials are “euphoric.”

“To know that this day has finally arrived after so many people have put in so much work to make it happen is just amazing,” said Andrew Dixon, Port Saint John’s Chief Operating Officer.

Seven Seas Navigator, operated by Regent Seven Seas, is due to arrive from Boston at 9:20 p.m. for an overnight visit, carrying nearly 500 people – 124 passengers and 374 crew.

His arrival kicks off a “very robust” season, with 70 ships expected to call by November. And next year could be “record breaking,” Dixon said.

The ship is still listed as under investigation by the United States Centers for Disease Control and at the “orange” level, which means that at least 0.3% of passengers or crew have suspected or confirmed cases, according to the CDC’s website.

But Dixon told CBC Thursday morning that he had been downgraded to “yellow,” meaning the CDC is “monitoring” the ship and COVID cases have fallen below 0.3%.

When he was at orange status, two crew members tested positive, but one has since recovered, according to Dixon.

“The CDC and Transport Canada are, of course, interested, but fully confident that everything is well under control.”

He noted that more than half of active cruise ships under CDC jurisdiction are currently in orange status. The CDC’s Cruise Ship Status Dashboard lists 56 in orange, 20 in yellow, and 21 in green.

“So we’re in really good shape with this ship,” Dixon said.

He participated in a call on Wednesday with several parties, including the doctors aboard the ship and Health Ministry officials, he said.

“And our people were very pleased with…the condition of the vessel and the preventative measures that were in place.”

For example, all crew members were tested for COVID-19 on Wednesday and were negative, he said.

As of April 1, fully vaccinated travelers no longer need to take a molecular test before disembarking in Canada.

But all passengers were required to take a COVID-19 molecular test within 72 hours of boarding, or an antigen test within a day of boarding, under Transport Canada rules announced in March. The Seven Seas Navigator left Miami on April 18 for a 25-night round-trip cruise and may have picked up new passengers at its six US stops en route to Saint John.

All cruise ship passengers and crew must also be fully vaccinated against COVID-19.

Some of the other protocols in place to prevent COVID from spreading to Saint John from the ship, or vice versa, include sanitizing, hand washing, serving buffets and various measures to prevent contact, Dixon said.

Additionally, there are quarantine areas on board, as well as medical facilities and medical personnel, so that positive cases can be monitored.

“Our cruise and operations teams have worked tirelessly to ensure the safe and successful return of the cruise industry,” Port Saint John Cruise Development Manager Natalie Allaby said in a statement.

“We look forward to seeing cruise passengers experience all the wonders of the Bay of Fundy region.”

The impact will be significant and far-reaching, Dixon said, citing all tour operators and attractions, other businesses in the area and the port workforce as examples.

“There have been all kinds of economic studies. … The latest and the one we cite quite frequently for our area is $68 million in economic impact.”

To celebrate and include the public in welcoming the first ship of the season, fireworks are set to be launched from Long Wharf shortly after the ship docks, weather permitting. The port will notify the public through its social media, Dixon said.

On Friday there will be a tug boat water show in the harbor as the cruise ship departs at 1.45pm.