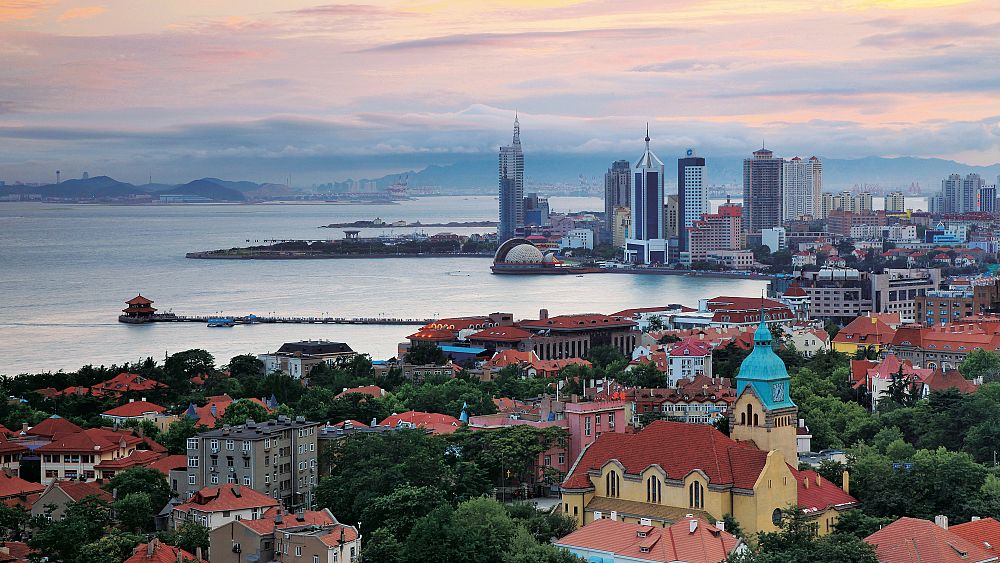 Known as the “Pearl of the Yellow Sea”, the Chinese coastal city of Qingdao is located in a vast bay at the southern tip of the Shandong Peninsula. Flanked by beaches, its skyline is pierced by soaring glass towers and, beyond, cloud-capped mountains.

The tallest, Mount Laoshan, rises 1,133 meters above sea level and is famous as the birthplace of Taoism – an ancient Chinese religion and philosophy, which holds that humans and animals should live together. balance with the Tao, or the universe. A serene and sacred place, it was revered by emperors millennia ago and is still dotted with temples to this day.

Qingdao’s cultural and scientific achievements include a thriving film and television industry and several important marine research centers. The legacy of its colorful past, including a period under German rule, is evident in its curious mix of architecture, not to mention the famous Tsingtao Brewery (an alternate spelling for “Qingdao”).

A major port city, with a metropolitan population of nearly six million, the city presides over seven districts, which make up a total area of ​​11,000 square kilometers. In addition to its popularity as a resort, Qingdao is fast becoming an international business hub, with 172 Fortune Global 500 companies – including Nokia, Panasonic and IBM – currently investing in the city.

Summits and conferences held in Qingdao attract business leaders from around the world. Held for only the second time in 2021, the Qingdao Multinationals Summit attracted 10,000 attendees and over 500 industry leaders.

Other major meetings and events that have taken place in the city in recent years include the World Horticultural Exposition in 2014; sailing races for the 2008 Summer Olympics; the Yabuli China Entrepreneurs Forum Summer Summit in 2020; the 2020 China-Europe Entrepreneur Summit Qingdao Forum and the Global Industrial Internet Industry Conference in 2021.

A particular success was the Shanghai Cooperation Organization summit in 2018, which received worldwide praise. It was the first time the summit was held outside of Shanghai or Beijing.

During 2021, Qingdao focused on investing and implementing a wide range of municipal projects across all sectors, from marine engineering to agriculture and clean energy.

The total value of foreign trade imports and exports was 622.59 billion yen; 36.6% more than the previous year. In the context of the COVID-19 pandemic, these figures are particularly impressive.

Sustainability is also on the agenda, inspiring investment in ambitious projects such as the Sino-German Ecopark, an 11.6 km² industrial complex using cutting-edge technology to reduce its carbon footprint to near zero.

Efforts to raise environmental standards, introduce “green technology” and promote ecological awareness among its residents led to Qingdao being awarded the title of “China’s Most Ecologically Competitive City” in 2019 A year later, the UK’s Eden Project – a sprawling complex of biomes and botanic gardens – began construction on a similar site, due to open in 2023, on an area of ​​reclaimed land at the outside Qingdao.

Sustainability concerns are only one aspect of the desire to create a harmonious urban environment. Qingdao’s previous awards include “National Civilized City”; “The ten best cities to live in China”; “National Health City” and “China’s Happiest City”. As Qingdao is increasingly seen as a major financial and commercial center, those committed to its continued success are also committed to making improvements and guarantees to the quality of life for those who live there.