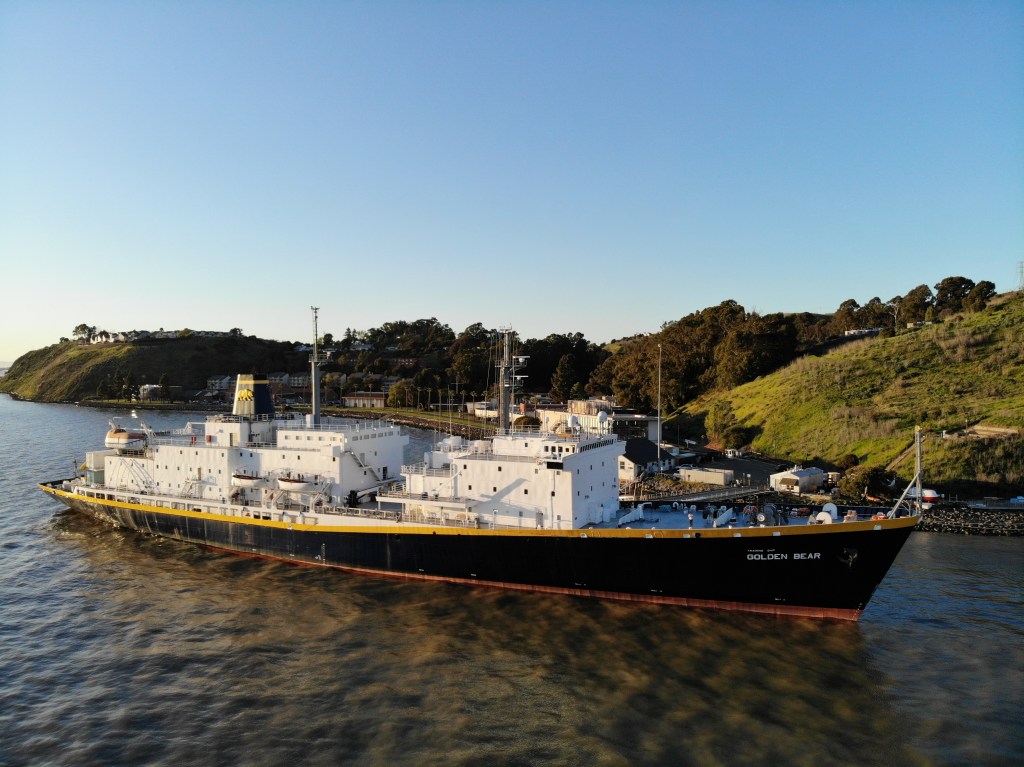 California State University Maritime Academy, better known as Cal Maritime, is nestled in a quiet cove on a sprawling 92-acre waterfront campus in the North San Francisco Bay Area. Part of the CSU system, it is the only diploma-granting maritime academy on the west coast and one of only seven in the country. The majority of students served are residents of California, including those from the Central Coast.

Graduates can choose a licensed or unlicensed pathway, the former providing the certifications required for employment aboard ocean-going vessels. A esteemed and publicly funded institution, Cal Maritime acts as a gateway to many well-established careers. paid in the maritime industry.

Prospective students may be drawn to the small classes of an average of 20 cadets, the annual training cruises provided on the institutions’ 500-foot vessel, or the requirement that all students travel abroad prior to graduation. .

Cal Maritime has the highest rate of postgraduate employment in the CSU system, with 94% of paid employment within three months of graduation. According to the institution’s website, “Cal Maritime alumni have the highest average salaries of any college or university, public or private, in the western United States,” CNBC ranked her 17th among public universities at the national level by comparing the salaries of graduates to the cost of attendance.

Sophie Scopazzi, a major in marine transportation with a minor in oceanography, will graduate in January 2023. As a graduate track student, Scopazzi will receive a Third Lieutenant, Unlimited Tonnage, All Ocean license from the US Coast Guard, this which immediately makes her competitive for positions on all major ocean-going vessels.

Unfortunately, the statistics touted by the Cal Maritime institution are not the only facts to note. According to the U.S. Department of Education Demographic Report and Cal Maritime 2020 Census Term Summary, the majority of students are white and overwhelmingly identify as male at 83%. The teachers at the institution are predominantly white men.

According to Scopazzi and verified by the last decade of publicly available data, the diversity of Cal Maritime is sorely lacking and the academy has never maintained a student body where women make up even 20%. With the majority of students attending the institution full-time and living on campus, Scopazzi clearly states, â€œIf you’re not a white dude, that’s not great.

If Cal Maritime is the gateway to high paying ocean jobs, it is also the gatekeeper. Harassment, intimidation and assault are commonplace. â€œThis year, we have a female mechanical engineer who graduated. There were other women when she started. They have all given up since. Scopazzi is exhausted, sharing that many LGBTQ + students, women and people of color feel isolated, symbolized and over-scrutinized. They face daily challenges during classroom discussions or stress over how they are viewed, which ultimately distracts them from their ability to focus on their highest priority: their education. â€œWe are teaching future leaders of the shipping industry that this toxic culture is normal and acceptable, exacerbating the problems that already plague this male-dominated industry. We should be leading the way towards a more inclusive future, without protecting the status quo, â€says Steven Runyon, associate professor of chemistry at the university.

â€œMaritime academies have militaristic and discriminatory gender mindsets where everything exists in a gender binary,â€ says Scopazzi. “However, less than 4% of our graduates join the military.” She continues: â€œMany graduates are hired by companies like Pasha and Crowley, conduct surveys and research on all types of ships, seek political leadership positions, become ambassadors, superintendents, etc. Alumni end up working for organizations whose HR policies have a much more modern understanding of fairness and what constitutes discrimination and harassment.

Cal Maritime claims its uniforms as a cheap alternative to four years of college fashion and career preparation for the inevitable dress codes encountered in future workplaces. Before the start of the fall semester, the institution published its â€œ2021-2022 grooming standardsâ€. While the standards recognize that individuals may identify themselves differently from a sex assigned at birth, they are extremely problematic in that they require cadets to self-identify in the first place.

â€œCadets transitioning from gender to male to female or female to male should meet with the Director of Cadet Equity and the Cadet Commander before they adopt new uniform and grooming standards for their gender. identified, “says the policy. â€œOnce a cadet has updated their file and notified the Director of Cadet Equity and the Cadet Commander, they will receive written directions to facilitate their adoption of their new gender standards. According to school policy, a student cannot express their non-binary or trans identity without written permission from Cal Maritime. Cadets who are exploring their identity and expression, often in the first environment outside of their childhood home, should demonstrate leadership.

Scopazzi is transfeminine and one of the few openly open members of the LGBTQ + community on campus since his release just over a year ago. She is also a member of the Gender Equity Committee and helped Cal Maritime’s Student Associate Organization pass a resolution on Nov. 8 against the grooming standards that remain in place. â€œThe associate students of the CSU Maritime Academy will not be complacent about discrimination or invasion of cadet privacy. The grooming standards set by CSU Maritime are discriminatory and violate cadets’ right to privacy.

In response to opposition to the standards, the corps commander, the most senior student leader on campus, engaged in a now public group discussion with other leaders that contained overtly transphobic and homophobic language. Another caddy even compared trans students to neutered dogs.

Scopazzi tells me that Cal Maritime is reviewing its policy for the next semester, but only after outrage has been voiced by many. The response from the President’s office has been slow, disappointing, and attempted to cover up deeper systemic issues. â€œA female leader, Commander Lombardo, sent an email to all the students condemning the transphobic, misogynistic and racist hate speech she witnessed on campus. Following her email, she was quickly suspended. This is how this school works: to silence those who speak out. While the corps commander ultimately resigns, Scopazzi fears that for many students who experience a traumatic attack, these actions will be far too few and far too late.

My next column will feature Scopazzi and others who have documented their stories.