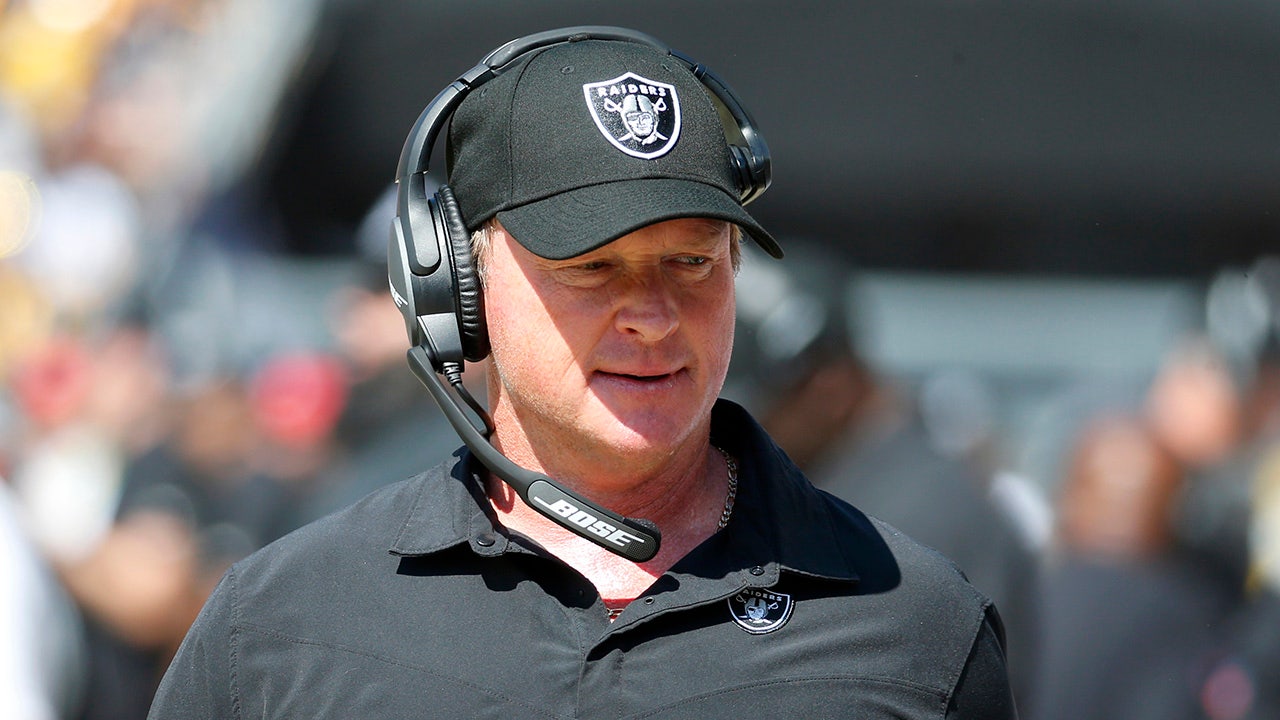 FOX NFL kickoff host Charissa Thompson on her predictions for week two of the NFL clashes.

Just before Raiders kicker Daniel Carlson scored a 41-yard field goal with two seconds left in the second quarter of Sunday’s game against the Pittsburgh Steelers, Gruden was caught by a hot mic cursing a storm against a referee nearby.

Carlson managed the kick to give the Raiders a 9-7 lead at halftime.

Las Vegas earned a 26-17 road victory over the Steelers behind quarterback Derek Carr, who completed 28 of 37 passes for 382 yards and two touchdowns.

Steelers quarterback Ben Roethlisberger threw for 295 yards, one touchdown and one interception in the loss. He also lost a fumble.

The Raiders face the Miami Dolphins next week. Pittsburgh hosts the Cincinnati Bengals.