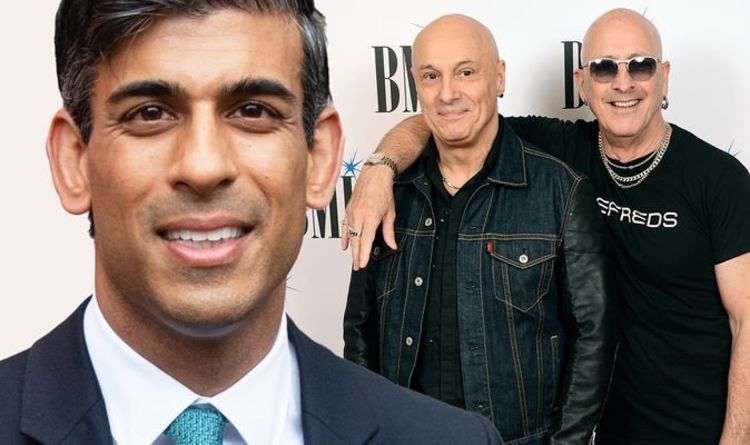 Brothers Fred and Richard Fairbrass have both criticized the Chancellor for “not properly supporting” the once thriving British industry. The couple – most famous for their song “I’m Too Sexy” – also believe the legacy of the pandemic will cause a mental health crisis that could increase suicide and homelessness.

â€œWhat matters is the future of creative music in this country.

â€œThe closure of theaters from top to bottom of the territory is a disaster whose consequences will be felt in the years to come.

â€œSunak by spending the nation’s taxes on leave like a drunken sailor on shore leave seems blind to the needs of the industry in which I grew up.

The couple made headlines earlier this year for criticizing numerous restrictions on coronaviruses some of which they said were “completely illogical”.

And they claim that the current “conformist-obsessed” climate is hurting the creative arts.

Richard said, â€œFor the creative juices to flow in the arts, a bit of chaos seems essential to me.

â€œIn today’s climate obsessed as we seem to be with conformism and a sort of tribalism, there is no hope that the music industry will ever rediscover its thirst for invention and experimentation.

â€œThe shows and the hospitality were left to their own devices, the government’s neglect was astonishing but not really surprising.

“When he told us to retrain, I thought ‘I don’t remember the same thing being said to bankers during the financial crash of 2008’.”

The two brothers experienced their own personal struggles with Fred having to register as homeless in 1988 and suffering from a blackout in the 90s.

Richard also said he went through a “terrible time” 11 years ago when his partner passed away.

This led to them both supporting Homeless Worldwide and Tony Gaul MBE – founded by Jenny Roberts after her brother died while living on the streets.

As part of this, they are participating in a TikTok campaign that they hope will raise awareness about mental health.