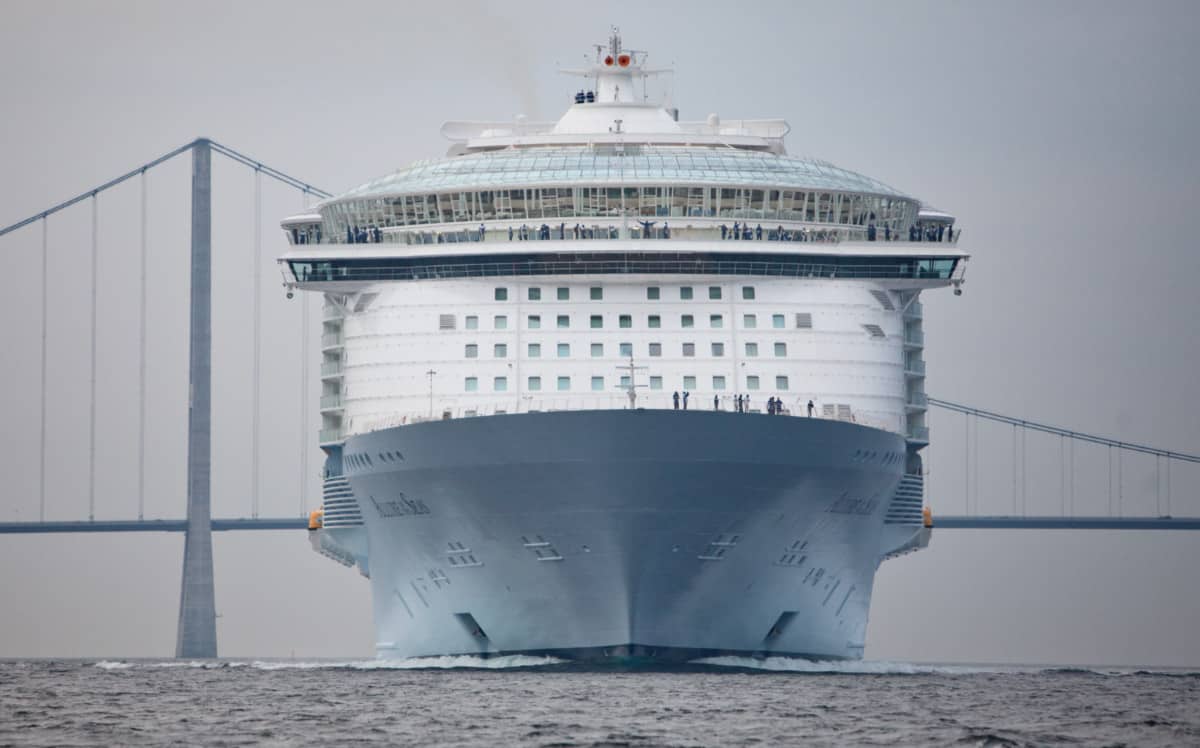 Royal Caribbean has always been known for being a company that doesn’t wait to create ever greater experiences for its customers. It certainly shows it with the launch of four of the largest cruise ships in the world over the next four years.

The cruise line plans to add more than 20,000 lower berths over the next four years, a huge amount, and those beds will only be installed on four ships.

Royal Caribbean is taking a fresh approach with both classes of ships, ensuring environmental effects are significantly reduced while reviving the onboard experience for guests.

She may be part of the Oasis class of ships, but she is much more than that in reality. According to various reports, the first ship of its class to be powered by LNG will also be the largest cruise ship in the world by some margin. A source says it could reach 250,000 gross tons due to the addition of the LNG equipment.

Laurent Castaing, Managing Director of Chantiers de l’Atlantique: “The main problem is that LNG tanks take up more space than diesel or heating oil tanks. We lost space for other things, mainly crew cabins above the technical rooms. We had to find more space throughout the ship. For example, passenger cabins have become crew cabins.

Also Read: Wonder of the Seas vs Titanic – A Giant Comparison

According to Florence Mauduit, Business Manager of the shipyard, the ship will lose around 70 crew members and 50 guest cabins. Still, there will be room for 6,000 passengers on board the 362-meter vessel.

The transformation from oil to gas also means that Utopia will have a slightly different silhouette; the mast is placed more towards the middle of the ship, leaving room for the gas exhaust column.

Although the the cutting of the first steel has just been completed, utopia of the seas the contours will be visible from this summer:

“We are building with two gantries. The Very Large Crane is used to assemble the blocks, while the Very High Crane is used to install the panels on the blocks and the upper parts of the ship. Utopia of the Seas will be visible from this summer when we start assembling the first part of the slipway,” says Jean-Yves JaouenShipyard Operations Manager.

utopia of the seas will likely first float in September 2023, with launch slated for 2024. What and if new sites are planned for the latest ship is unclear at this time.

Yet, with the innovations already designed and made public, it would be surprising if Royal Caribbean didn’t have some nice surprises in mind for utopia of the seas.

the Icon-class ships is the next class addition for Royal Caribbean, which has many cruise and ship enthusiasts excited. It will be the first new class of cruise ship to come out since the Quantum class nine years ago.

Built at the Meyer Turku shipyard in Finland, Icon of the seas is reported at 200,000 gross tons, making it one of the world’s largest cruise ships.

Powered by LNG to provide propulsion and fuel cell technology to provide electrical power to the ship, she will be one of the cleanest cruise ships at sea. little is known about the Icon class of ships.

Read: What is a Royal Caribbean Quantum-Ultra Class cruise ship?

Michael Bayley, President and CEO of Royal Caribbean, said the following about the Icon class of ships last year: “We made our commitment to make clean energy at sea a reality – and soon the norm – when Icon Class was first announced in 2016, and we’re excited to see the build underway on what will be truly a ship like no other.“

“Our decades of work in ocean conservation, energy efficiency and continuous improvement will be evident throughout Icon. We can’t wait to reveal more of the game-changing features our guests and team have in store as it begins to take shape.

More than 20% growth with four ships

All together, Icon of the seas, wonder of the seas, and the two previously unknown Icon Class ships represent an increase of more than 20,000 berths for Royal Caribbean. The company has a little more 88,000 places available in 2021, according to Statista.

This would mean that the addition of the four vessels represents an increase of more than 22% for the company. It will also ensure that the company’s vessel fleet is one of the youngest in the industry and stays on track with the competition, such as Carnival and Norwegian cruise linewhich are also not stationary.