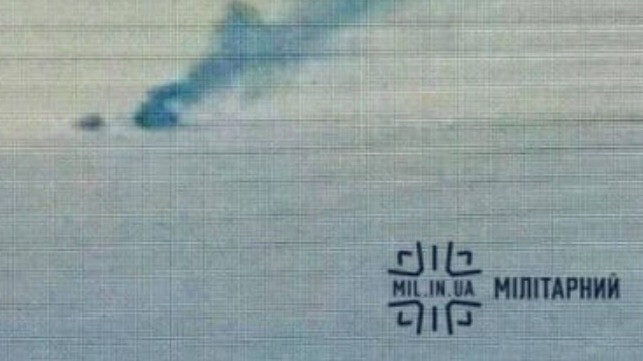 Ukraine’s navy says it hit a Russian patrol vessel with a land-based rocket attack, marking the first reported casualty for a Russian navy vessel in the ongoing invasion. The vessel has been tentatively identified as the Vasily Bykov, the lead ship of the lightly armed Project 22160 class of patrol vessels, and the extent of damage is unknown. 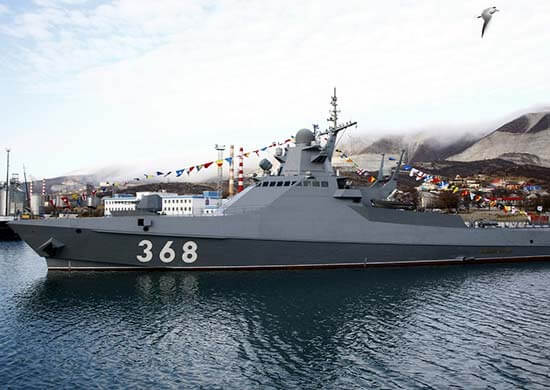 Documented losses indicate that Ukrainian ground forces have destroyed or captured nearly 900 pieces of Russian military equipment since February 24, and analysts suggest the true total could be significantly higher. The Ukrainian Army’s Center for Defense Strategies says the number exceeds 2,000. However, the Russian Navy has been largely exempt from such heavy losses: with the exception of an amphibious landing near Mariupol, it has played a arm wrestling role in the conflict and was little affected.

Video released by the Ukrainian military on Sunday shows a volley of unguided multiple launch rockets (Grad MLRS) followed by faint fire on the horizon and cheers from defenders. The footage was taken at night and information about the attack is still preliminary, according to BlackSeaNews. If reports are correct, the strike indicates a rare coastal defense application for a Soviet-era low-precision Grad rocket launcher.

Russian warships have been prowling off Odessa for the past week, and Ukrainian defense forces in the city are on high alert for the possibility of an amphibious assault. As recently as Thursday, US officials told Fox News that an amphibious landing was likely in or near Odessa.

However, on Sunday a senior US official told Reuters the Pentagon no longer believed such an attack was imminent. Russian ground forces have been pushed back from the outskirts of Nikolaev (Mykolaiv), a small town to the east, and although they are regrouping, they are not expected to advance rapidly west. For now, any Russian amphibious landing in Odessa would be on its own – and given the limited capacity of Russian tank landing ships in the Black Sea, the first wave would be vastly outnumbered by the Ukrainian military and the civil defense forces.