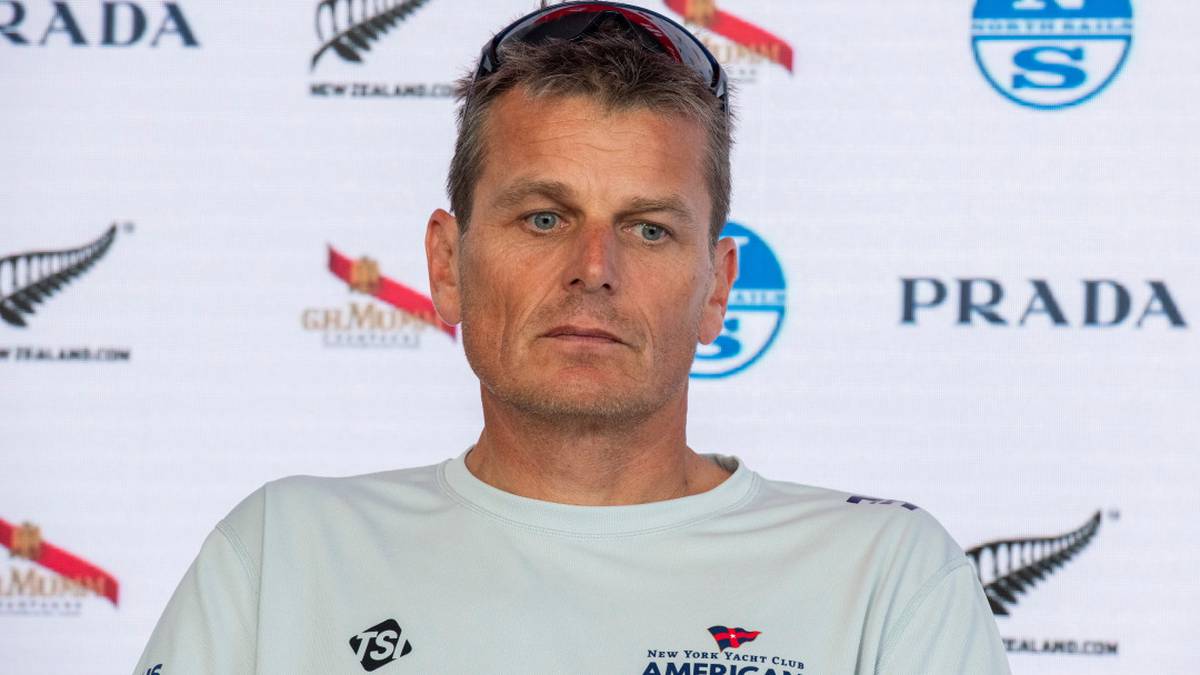 Dean Barker has revealed he has just recovered from cancer treatment while competing at the 2021 America’s Cup. Photo/Photoport

The former Team New Zealand skipper appeared on TVNZ on Sunday to share his story of being diagnosed with bowel cancer and undergoing chemotherapy over a six-month period, while keeping his sailing dreams alive living.

Barker was 46 at the time of diagnosis and said he felt fit and healthy when he first suspected something was wrong with his body.

“I started noticing a little bit of blood in my stool and didn’t really think about it, but it lasted for two or three weeks,” Barker said.

Barker then mentioned what was happening to the American Magic team doctor, who told him to get checked out, just to be sure.

“So less than a week later, I’m for the colonoscopy thinking everything would be fine. You wake up, you’re still a little fuzzy from the anesthesia…and he says ‘oh look, unfortunately We found a tumor and you’re going to have to have it removed.”

The following week, Barker was in surgery.

“The tumor was removed and at the same time they removed 23 lymph nodes, just to see whether or not the cancer had spread throughout the body and unfortunately when it came back it was six of the 23 lymph nodes was showing signs of cancer and the only option at that time was to go for chemo.

“There was a fork in the road and it was always the wrong one, all the way. The colonoscopy, they said ‘don’t worry, it’ll be fine’, it wasn’t. Then it was ‘oh, we’re ‘going to take the tumor’ and they get rid of it and you think that’s the end and it wasn’t, and then it’s chemo.”

Every fortnight, on a Monday, he received a new cycle of chemotherapy which involved one day of treatment in a clinic, two days of slow-release treatment at home and two days of recovery. He then hoped to be well enough to join his teammates in America’s Cup training by the weekend.

This routine lasted six months, during which he received 12 cycles of treatment; and all the while, American Magic was headed towards competition.

“[It was] probably his biggest challenge,” his wife Mandy said of the ordeal.

“As you can imagine, when you probably think it’s not something bad and sinister, and you hear this news, it was a real shock.”

Barker did not tell anyone about his battle at the time, with only his immediate family, American Magic team owners and team skipper Terry Hutchinson aware of his situation. He only tells his story to raise awareness about bowel cancer and encourage people to get checked out by medical professionals if they suspect something is wrong with their gut.

Three years after his trial, Barker says he feels well, cancer-free, but also much more aware of his own mortality.

“Just got my annual CT scan result yesterday…it’s all clear, obviously it’s a huge sigh of relief but in some ways it’s still on your mind.”