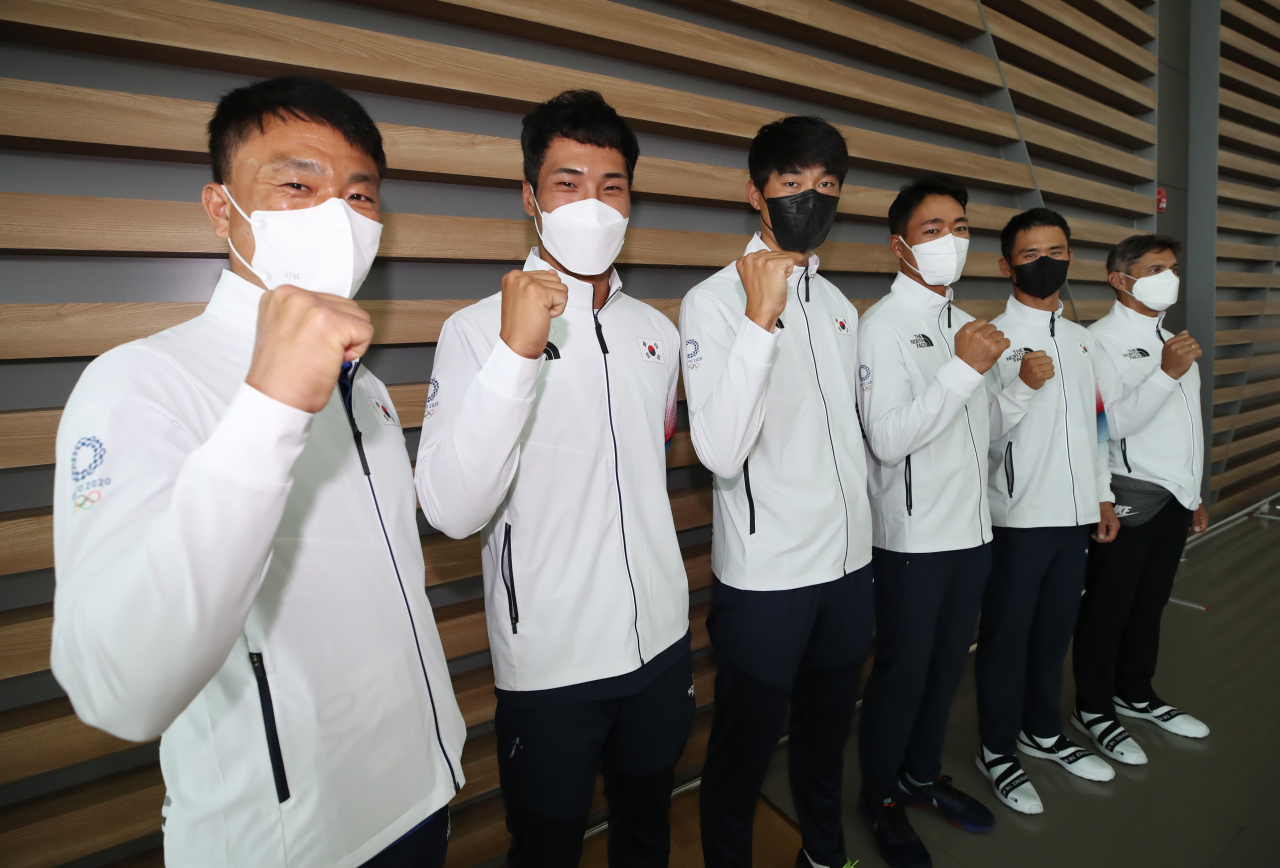 The South Korean sailing team on Tuesday became the first group of athletes from the country to arrive in Tokyo for the upcoming Summer Olympics.

The four-man sailing team, with Ha Ji-min in the Laser event, Cho Won-woo in the RS: X event, and Park Gun-woo and Cho Sung-min teaming up in the 470 event, landed at Narita International Airport on Tuesday afternoon.

They were joined by their two coaches: Song Myung-keun and Ilias Mylonas.

Head coach Jin Hong-chul, who had previously been to Japan, said on Tuesday that his sailors would check their equipment on Wednesday and begin training on Thursday.

Their races begin on July 25, two days after the opening ceremony. Jin said several other teams had been in Tokyo for a few days for initial preparation.

â€œWe are cautiously optimistic about our chances of winning a medal,â€ said Jin. “We know the surroundings here and we will not have a jet lag. I think we are in a pretty good position, compared to other foreign athletes.”

Ha, who will compete in her fourth consecutive Olympics, is considered the country’s top prospect for her first Olympic sailing medal. The 32-year-old placed 13th in laser at the previous 2016 Olympics, matching the best performance of a South Korean sailor.

Sailors will be staying at the Olympic Sailing Village near their competition venue, Enoshima Marina in Enoshima, approximately 70 kilometers south of the main athlete village in Tokyo.

To limit athletes’ stays and guard against the spread of COVID-19, athletes can only move into their village five days before the start of their competition. Until then, the South Korean sailors will be staying in a hotel in Enoshima. (Yonhap)