Having found a family connection to Iwo Jima in 2016, we are in the midst of an odyssey to find out what happened to Linda’s father at the Battle of Iwo Jima, between February 19 and March 26, 1945. We bought and devoured more than forty books. on Iwo Jima, and the quest continues, but on this 77th anniversary, we stop to touch on another aspect that we inadvertently discovered, namely the Navy Seabees and Marine Engineers, and two of their construction projects. These projects were the Mount Suribachi road and the B-29 runways, each built under the onslaught of mortars, artillery, small arms fire and bomb drops.

Due to the endless slaughter of our Marines by seemingly limitless Japanese artillery and mortar fire, the few diaries and accounts of Murray’s 26th Marines of “D” Company are gruesome and shocking. For 36 days, Murray’s 2nd Platoon suffered extreme violence, with many bodies blown in half and a final casualty rate of 98%. 98%!!

Seabees with the 31st Naval Construction Battalion building the first road on the north side of Mount Suribachi, Iwo Jima.

The impetus for the first phase of the Suribachi route was to bring artillery spotters, ranging and echo devices to the summit. These devices greatly improved the accuracy of American naval and artillery fire, allowing Japanese field pieces to come under more accurate fire almost as soon as they fired. Slowly but surely these Japanese coins were phased out. Much of this success can be attributed to the construction of the first road to the summit of Mount Suribachi. Ironically, the secret to the Marines’ ultimate success was to fire the Japanese field guns and mortars and thus reveal their hidden caves and pillboxes.

The Mystery of Suribachi Road

On a technical level, Google Earth Pro images indicate that the Suribachi road is a technical nightmare. How is that possible, it was built by Navy Seabee 31? However, Google Earth Pro elevation and grade calculations show wild variation in grades, with grades as steep as 20% and switchback grade jumps as high as 32%.

You can see the road winding up to the top.

Figure 1 above depicts the nascent Suribachi road and shows a tractor, heavy, M1 (Cat D7) with a LeTourneau tote scraper, doing what? It is difficult to load a scrapper uphill and impossible to load broken rock. What are the following seven men doing? By building a fast and easy route, has NCB31 thrown all its skills to the wind?

“Two drivers were shot from the seat of an unarmored bulldozer which was called in to knock down the… embankment. A third volunteer engineer managed to operate the machine by crouching in a sheltered position and manipulating the controls with a shovel and an ax handle. By nightfall, the engineers had cleared the way for a tank attack. It was combat genius. (A Brief history of U, S. Marine Engineers, by Ralph W. Donnelly, page 8.)

Clinton J. Trefethon, 32, (Machinist’s Mate, Third of Kerby, Oregon) … had been operating his heavy bulldozer… “Everything was fine,” he said, until I started doing a D+6 route, I made a shot, then I backed up and returned to the same ground. The second time did the trick. The mine exploded under me, blew off my helmet and detached a caterpillar from the bulldozer. (Black Hell, page 188.)

“Massive artillery fire proved its worth, and its accuracy had been greatly increased now by the observation posts that had been set up on the newly conquered Mount Suribachi.” (The Fifth Marine Division in World War II by John C. Chapin, page 11.)

In their rush to get the gear to the top, did the Seabees, in a state of shock, lose their temper and just hit the road?

Construction of the track showing the original surface, the scarified surface and the first lift.

This route was started on D+15 (March 6.) A wider and more usable route was needed to move the truck trailer mounted radar, weather and navigation equipment to the summit of Mount Suribachi. For all intents and purposes, by the time the radar was installed, there remained little threat from the Japanese bombers and navy, and the infantry front lines had moved beyond the visible horizon towards the north. The purposes of this new equipment would have been to track kamikaze attacks, control the traffic of our thousand armadas of B-29 planes and rescue the crews of downed planes. (History of United States Marine Corps Operations in World War II: Operations in the Western Pacific, Volume IV, page 611.)

This second Mount Suribachi road was 35 feet wide, had two lanes, and was “oiled.” In Figure 2, notice the smooth slope and smooth back slope of 1.5:1 in this photo, seeming to show that it was not eye work. However, where are the quality issues in Figure 2?

We know from the records that the road is 5,000 feet long. The climb is approximately 400 feet, so a well-designed route should have a grade of less than 10%. However, Jack Cornwell in his A Seabee on Iwo Jima, They Also Served Who Drove Cranes and Cats, reported in mid-1945 that when going up the road on a borrowed motorcycle he should use the lowest gear, and the road was so steep that when he descended he also had to use the lowest gear. This looks like a 20 ±% rating.

The mystery begins to be solved

1. Mr. Cornwell probably had an undernourished cycle, see “Mystery Solved” sidebar. 2. As in most non-continental US regions, we don’t have to rely on Google Earth Pro terrain mode to determine elevations or slopes. For example, Google shows the summit of Mount Suribachi to be 350 feet, but all other sources give it 550-556 feet above sea level.

According to Figures 2 and 3, the Suribachi route was well designed and executed, and it was Google that got it wrong. Notice the observation tower on the left and the radar equipment on the right.

D+14 “To the south, even the face of Suribachi began to change when the 31st Construction Battalion built a road to the summit. Below, in a stockade of prisoners, a Japanese officer wept. “For twenty years,” he said, “we tried to work our way to the top and you did it in two weeks!” (The Spearhead of Howard M. Conner, p. 67.)

With Suribachi in the background, the Seabees and Marine Engineers prepared the tracks even more carefully. On the 10,000 foot Motoyama track, more than 3 million meters of dirt have been moved. Based on four high-resolution photographs and a 14-minute film, the Seabees and engineers reconditioned and extended the tracks as follows:

To quote Ivan Thunder from the book Black Hell, the Story of the 133rd Navy Seabees at Iwo Jima:The Japs had the first lick. They ambushed the Eighth investigation team and killed CA Van Eps (Carpenter’s mate Third, Callender IA) and wounded EF Young (Machinist’s Mate First, Toledo OH) and FC McGowan (Chief Shipfitter, Jacksonville FL) … (It was subsequently common) for a four-man survey party will be escorted by up to a dozen additional Seabees, just to protect against snipers. A quick-witted excavator operator swung his bucket around and hastily filled the mouths of two caves when the sniper’s bullets started bouncing off his cabin. pages 74 and 89.

“…Lieutenant Sam Stanbery (Headquarters Company Commander) and a crew were surveying…The Rodman went ahead and a man with a rifle, ready, guarded it. Sam and a few men were on the board. A Jap stood up in a small ravine and looked at the Rodman. The guard turned and was about to shoot the Jap when the Rodman said, “Don’t shoot him.” So they took him prisoner… A few days before, Sam had run over a Japanese mine and blown up the back of his Jeep. It scared him, and he was in no mood to take a Japanese prisoner, but they did… Chief Weapons Master and two MA’s and the prisoner, drove everywhere… to show the prisoner that we captured. I know they stopped me on the road to show me. Black Hell, page 124.

On Iwo Jima, NCB133 suffered its own high casualty rate of 43%. However, many children, grandchildren and now great-grandchildren owe their existence to the sacrifices made by the Seabees and Marine Engineers, without them we would not be. “There is no man greater love than this, that a man lays down his life for his friendsJohn 15:13. “…love covers a multitude of sins”I Peter 4:8.

Chad Erickson has held a multi-state PLS license since 1985 and he and his wife Linda have been published 17 times in The American Surveyor. 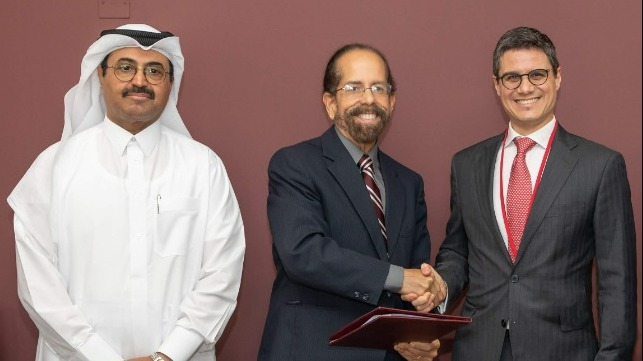