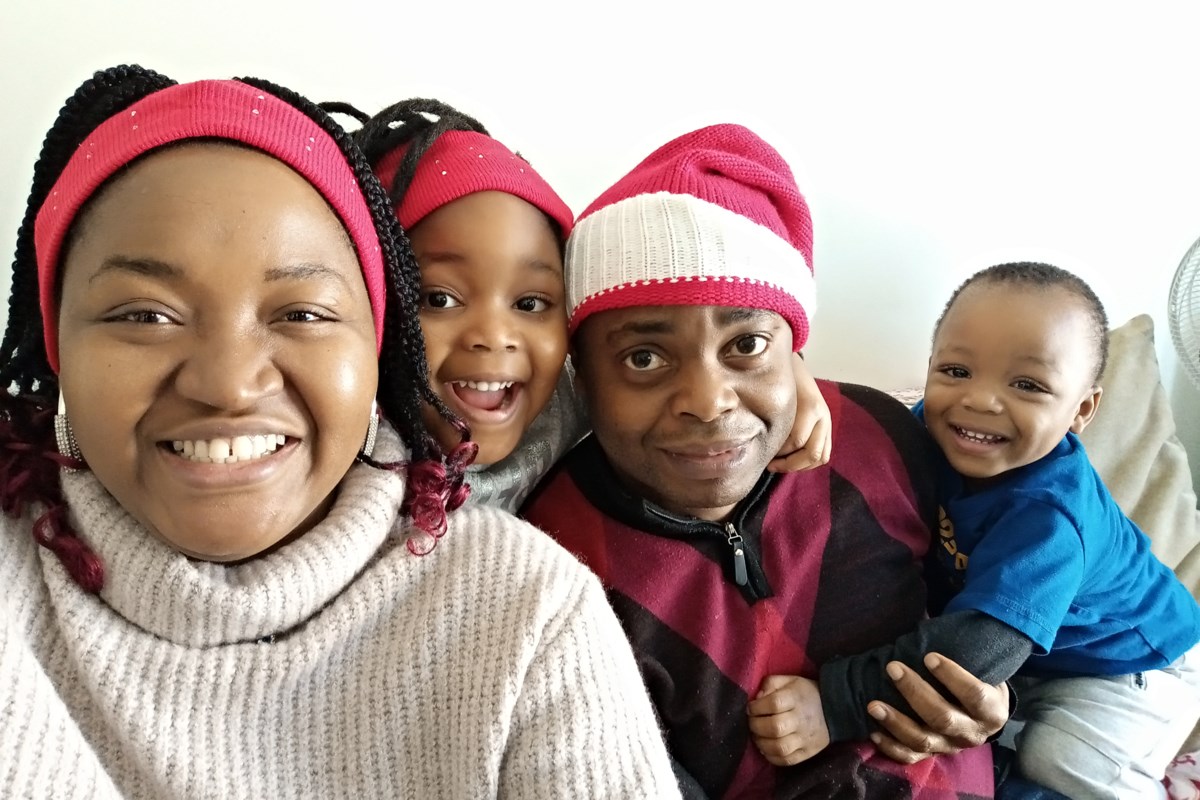 Elizabeth Esin, who has lived in Timmins for almost three years, says she would like to stay in the community.

Esin, 38, works as a settlement worker at the Timmins & District Multicultural Centre.

Her husband got a job with Ontario Power Generation in 2018 and moved here from Toronto in January 2019. Esin joined him later that year, in April, moving directly from Nigeria.

They have been married for six years and have two children aged five and 19 months.

Since moving to Timmins, she has volunteered in a Kidopolis summer program at First Baptist Church, at food banks, and helped paint a peace flagpole in Schumacher’s new park.

To newcomers, she advises not to rush and to give yourself time to adapt and meet new people.

“You will find the place loving and you will appreciate the community. You just liked it. Don’t be in a hurry,” she said. “If it’s difficult, it takes time to get involved but give yourself time.”

Esin was born and raised in Akwa Ibom State, Nigeria.

There’s a tradition in Nigeria of cooking a special meal on Sundays, so Esin is doing the same here in Timmins trying to cook something new.

“We just choose something different or new, we try it on Sunday. With us, Sunday meals are different from every other day of the year,” she says.

She started working as a settlement worker last November. Since Esin enjoys serving people, she found the right job for her and she enjoys doing it.

“It’s fun to serve, to make people happy and to settle in. It’s fulfilling,” she says.

The role is new to her as her background is different from what she is doing now.

Before moving to Canada, Esin was a marine engineer and sailor working on ships in the water. The ships were about 2,000 to 3,000 miles from shore.

What got her into studying marine engineering was watching the movie Titanic when she was little, she laughs.

“I wanted to be in a place like that,” she says.

The ships she worked on were more like supply ships with 50 people on board. Esin worked as the third engineer as there was a hierarchy of each department on the ships.

Some of the responsibilities included maintaining the vessels, ensuring other work was done quickly and that there were no life-threatening mechanical or electrical breakdowns, she says.

“You have a lot of things fighting against you while you’re at sea. You have current, you have waves, you have to maintain stability to keep this work going,” she says, adding that she loves her job. because it was rotary.

“It just changed the whole circadian clock for me. It was crazy. Other than that, I enjoyed it a lot,” she says.

Before becoming a marine engineer, Esin was a cadet and earned her certification.

In the future, Esin would like to own a business. She describes herself as an adventurer who is not afraid to try things.

“Compared to water, I don’t think there’s anything that scares me on land,” she says.