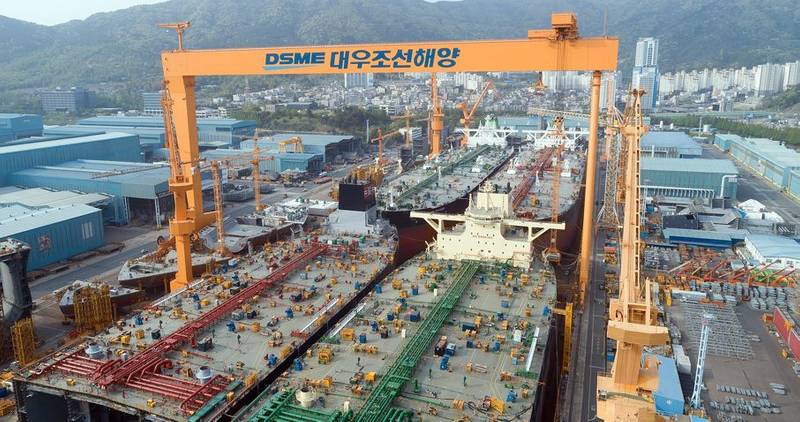 South Korea’s Daewoo Shipbuilding & Marine Engineering Co Ltd said on Wednesday it was preparing to file a lawsuit for damages against the contract workers’ union that halted production in June and July with a 51-day strike.

The move could reignite friction between the company and contract workers, who were occupying the shipyard’s main wharf in protest, they said, at lower wages than regular workers. Read the full story

Details of the lawsuit have yet to be decided, a Daewoo spokesperson told Reuters.

A spokesperson for the union – Korean Metalworkers Union Geoje Tongyeong Goseong Shipbuilding Subcontracting Branch – could not be reached for comment.

However, it is undecided whether to prosecute the contract workers union members who occupied the wharf and halted production, or all union members, Chosun Ilbo reported.

Daewoo had previously said the dispute had cost it more than $400 million as of mid-July.

About 100 Daewoo contract workers demanded a 30% pay rise in June. They agreed to a 4.5% raise after occupying and halting construction of Daewoo’s main wharf in a strike that lasted 51 days.

Contract workers said they were only paid around the minimum wage of 9,160 won an hour, even for critical jobs such as welding and though many had more than 10 years of experience.

Since the strike ended, Daewoo has given up much of the South Korean shipbuilding industry’s traditional summer vacation to make up for the delay in construction.