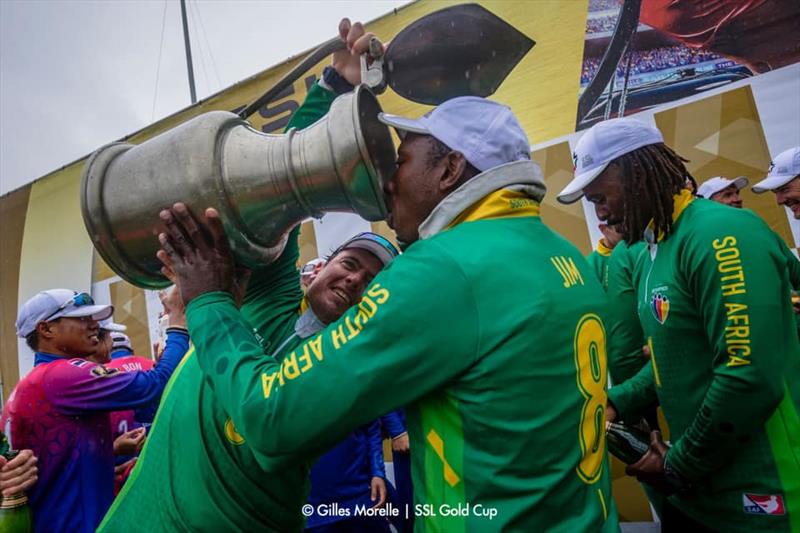 On a weekend when the South African rugby team suffered a second defeat at the hands of fierce Australian rivals, the South African Star Sailing League (SSL) team competed successfully and won the first test event. The SSL Gold Cup was created to promote and position sailing as a spectacle sport with a true national identity, called the â€œSailing Football World Cupâ€. The event did exactly what it planned to do.

Eight teams representing Turkey, Mexico, France, Ukraine, Malaysia, Thailand, Tahiti and South Africa participated in Event 1. Each team was allowed to field nine sailors per race on its boat. The important stipulation was that all participating sailors had to be nationals of the country they represented and be selected using the acclaimed SSL ranking system which awards points based on the overall performance of each sailor, the more you sail, the more you move up the rankings. ranking individually. The choice of a captain further complemented the skill level on the boats and ensured that there was no bias towards the established Olympic classes and took into account the skills of the crew and not just the sailors of the class. Olympic.

The four boats supplied by the SSL Gold Cup Organization are matched to the SSL47s, a derivative of the very successful RC44. The boats are alternated between the teams, which have raced in two fleets from four nations, in the best of five rounds of elimination races. At the end of each fleet’s playoffs, the first 2 nations then qualified for the final, with the last two nations participating in the small final. The teams competed in the national colors adorned with each athlete’s name, creating a clearly identifiable ‘TEAM’ feeling, similar to that seen in national football, rugby and cricket teams around the world.

Team captain Ian Ainslie, a longtime “Sailing for All” champion, three-time Olympic athlete and three-time Dutch coach, brought the team together, using the ranking system and his privilege captain selection. He has assembled a team of athletes who truly represent the current high level of sailors competing both locally in South Africa and abroad. A truly diverse and representative group of individuals who evolved into a cohesive and collaborative team in a very short period of time.

Sailing under the nickname “Team UBUNTU”, they seized the opportunity and delivered a master class of patience, teamwork and confidence. Sailing in difficult conditions for the duration of the six contested races, the team delivered an impressive set of results. Finish 2,4,1,1,2 in the Eliminator Series against Tahiti, Turkey and France, then claim a fierce victory in the final against Thailand, Ukraine and Malaysia.

The team was made up of:

When asked about the team’s surprise performance, captain Ian Ainslie was quick to point out: â€œThis team represented the culmination of many years of training and racing opportunities as well as individual dedication to improving the results. sailors in our sport. I hope this result and all future results will inspire, clubs, organizations and individuals in South Africa to continue to build a strong talent pool. in South Africa had and complemented by the individuals of the team practicing their trade globally, this provided a solid foundation. ”

Two more test events are planned over the next few weeks. Test Event 2, which runs from September 27 to October 3, will bring together sailors from Brazil, Switzerland, Israel, Hungary, Argentina, Croatia, Estonia and Oman. Test Event 3 will feature Spain, Denmark, Poland, Sweden, Austria, Slovenia, Peru and Serbia and will take place from October 11 to 17.