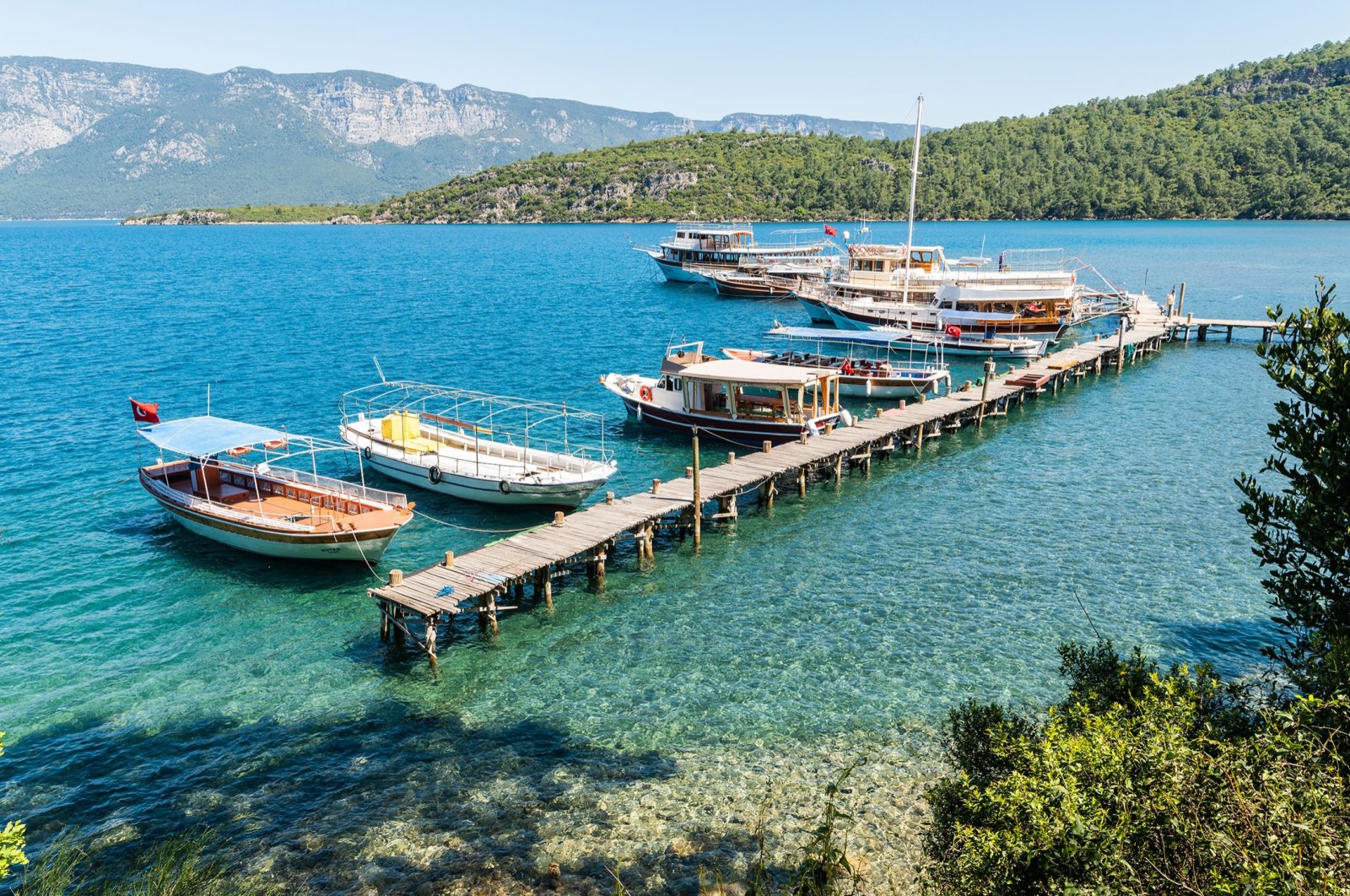 Summer has officially arrived, which means it’s sailing season, especially along the southern coast of Turkey, aka the “Turkish Riviera”. Whether you embark on one of Turkey’s famous ‘blue cruises’ and sail along the Aegean and Mediterranean Seas, take a free day trip to almost any holiday destination in Turkey or even take a ferry to crossing continents in Istanbul, it is undeniable that in this country embarking on boats is an integral part of the life of many. So, it’s important to become familiar with some of the many superstitions surrounding the sea, some of which have since been debunked and others that have stood the test of time to become nautical traditions around the world.

Check out these age-old superstitions about sailing, boats and the sea:

Take the right step on board

Always pay special attention to getting on a boat with your right foot because according to superstition, it will bring good luck. Whereas if you were to put your left foot first when boarding, it is believed that disaster could arise during the journey.

One thing you don’t want to do on board a ship or ship is whistle as there is a long-standing superstition that the whistle will cause the wind, which will respond to the challenge with a tornado or storm. There is also a superstition that throwing rocks into the sea can be seen as disrespectful, causing the waves to react and causing deep swells.

A cat on board brings good luck

Having a cat on board has always been considered a lucky charm. It didn’t hurt that they keep pests at bay and are the perfect boating companion.

Sailors are strictly opposed to the slaughter of seagulls or seabirds, due to the belief that when a sailor dies at sea and his body cannot be buried on land, his soul is said to turn into seagull. The seagull then spends its time hovering above passing ships and warning of approaching storms by calling on its congeners. So, if you hear seagulls screaming, it could be a harbinger of an impending storm.

While dolphins are good, sharks are a bad omen

Dolphins accompanying a boat on its journey are always considered a good sign; However, the same cannot be said for sighting a shark. According to superstition, seeing a shark could mean inevitable death is on the horizon. Swallows are also considered a good omen, while spotting a black cormorant is seen as a grim warning.

I bet you didn’t know bananas aren’t supposed to be on ships. Whether this belief stems from the disappearance of many merchant ships carrying bananas in the 18th century, which has been attributed to bad luck, or whether it is due to some practicalities related to the fruit, anyway, the transport of bananas n is not considered a good idea. Bananas ripen and rot quickly and lend themselves to the decomposition of neighboring products. They emit poisonous gases in enclosed spaces and can carry a deadly spider that is said to have a bite that suddenly kills sailors. Whether it is because of a curse or a myth, a superstition has developed among boatmen to discourage any bananas on board.

There may be some truth to the old English adage which goes: â€œRed sky at night, sailor’s delight. Red skies in the morning, sailors beware â€, as it refers to the movement of high and low pressure weather systems. A red sunset predicts high pressure and therefore good sailing weather the next day and a red sunrise would mean good weather has already passed, leaving behind a wet and windy low pressure system.

Whatever you do, don’t say the word “bunny” on a boat. Superstition dates back to the belief that the devil may be able to disguise himself as a rabbit. In any case, neither the animal nor the word is allowed on board.

Put money on the mast

There is a long-standing tradition of placing a coin under the pole for good luck, a superstition believed to date back to Roman times. There are actual coin ceremonies which continue to this day and take place during the construction of a ship in which a coin is placed under the keel block or welded under the mast and is believed to bring prosperity and good luck. .

Renaming a boat is tricky

According to legend, when each ship is named, it enters a “Ledger of the Deep”, which is a scroll of all ships at sea kept by Poseidon himself. So, renaming a ship without having the proper ceremony to do so could mean that you are trying to slip a rapid over the mythological gods and therefore could be punished in return. Due to this superstition, there is a special ceremony to rename a ship in order to appease Poseidon and Neptune and the sea deities. In order to do this, the original name must be purged of existence anywhere and everywhere involving the boat, after which a new name ceremony can take place.

There are a number of bizarre and outdated superstitions about who can get on a ship and what sort of luck they can bring. For example, it was said that the women on a boat inflamed the jealousy of the boat itself, who were considered to be female. This is due to the infamous tradition that virgin girls were sacrificed to appease the gods during the boat’s christening ceremony. Another bizarre superstition involves redheads and those with flat feet. Certainly not to be taken into account, the only way to break the impending curse of even meeting such people is to make sure you speak up first.

No flowers on board

One of the grossest things you can do on a ship is bring flowers on board. Considered a serious harbinger of bad luck, flowers, which are also used at funerals, are therefore never allowed on a ship.

The story of the pirate look

It turns out there’s a reason behind the sailor and pirate look we’ve all become so familiar with, and it’s steeped in superstition. From Popeye to Jack Sparrow, the iconic pirate image includes two important elements: tattoos and earrings. Tattoos were meant to protect against drowning and sinking and ensure a safe return. Sailors in World War II tattooed a pig and rooster on each foot in the hopes that this would prevent them from drowning. Superstition is derived from the fact that when ships carrying animals sank, their crates floated, leaving these animals as the only survivors. As for earrings, it was believed that wearing an earring would not only protect against drowning, but also relieve symptoms of rheumatism and seasickness. It was also believed that having an ear breakthrough improves sight in the opposite eye. Myth or not, the earrings served a number of practical purposes; pirates would hang wax on their earrings to use as earplugs when cannons were fired and if a pirate washed ashore, the gold hook served as payment for the proper burial. The reason that pirates and sailors, in general, tend to have beards is due to the superstition that cutting their hair, shaving or cutting their fingernails could insult the sea god Neptune, resulting in surely a dark fate in the journey. On a final note, the eyepatch preferred by some pirates was just that, a preference. Supposedly, they would wear them to allow them to adapt quickly to the darkness under the bridge.