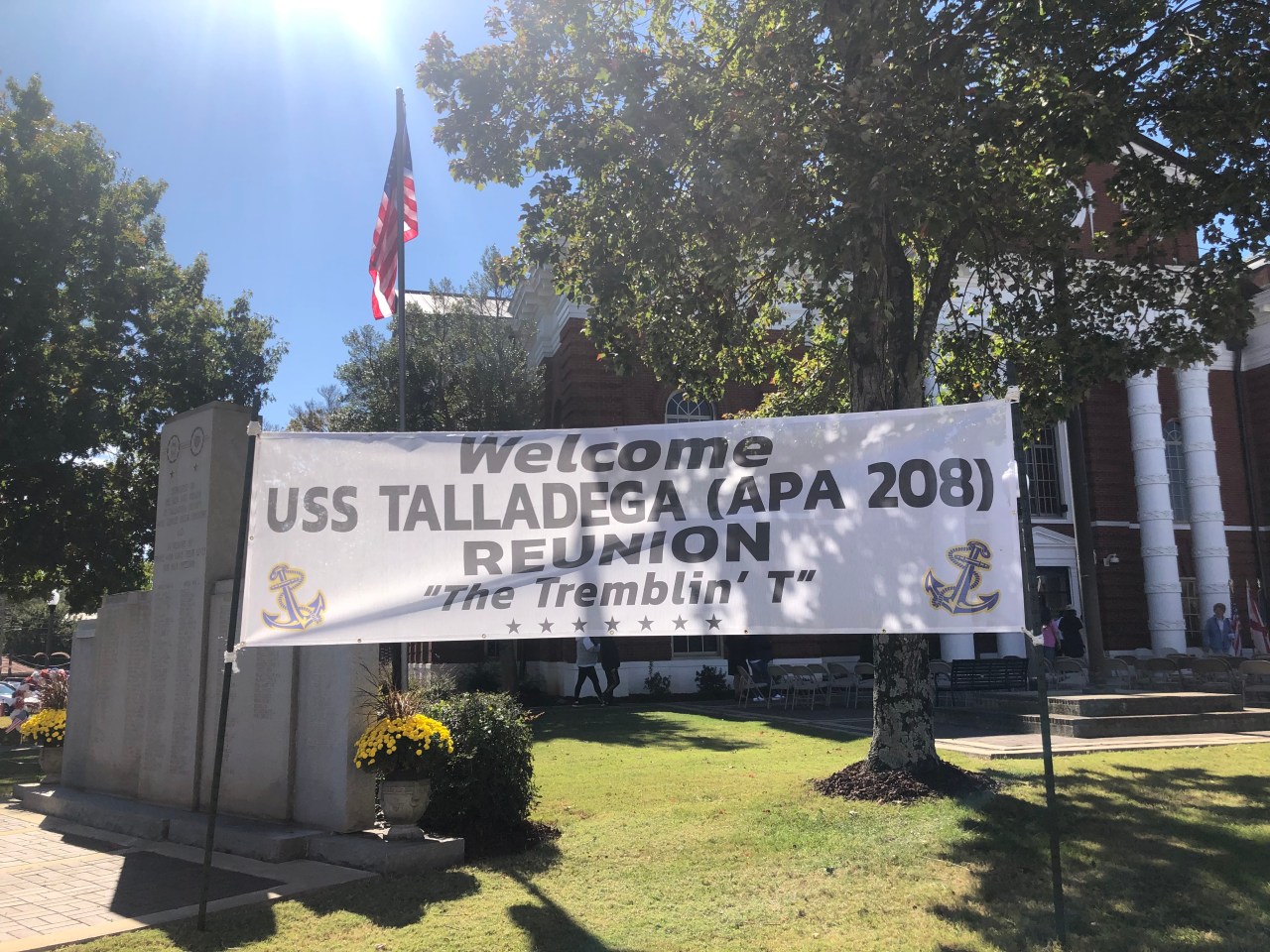 TALLADEGA, Ala. (WIAT) – The City of Talladega honors United States Navy veterans who served aboard the USS Talladega during various wars. It’s the 35e reunion tour for the crew.

City leaders said it was an honor to welcome the crew members of the USS Talladega to the namesake city for the third time since their reunion tour began 35 years ago. .

“Oh, that’s awesome,” said Jim Ashbaugh, former crew member of the USS Talladega. “I’ve never seen anything like it before.”

Kent Davis, commissioner of the Alabama Department of Veterans Affairs, said the service and sacrifice provided by these veterans on the USS Talladega is remarkable, as the ship served in three wars.

“From World War II to the Korean War to Vietnam,” Davis said. “So you had generations, literally, of sailors who served on this ship for three years of war. It’s unusual in the navy for a ship to serve this long and provide this level of service to the nation.

Jim Ashbaugh served aboard the ship as an electrician during the Vietnam War.

“We had 20 boats landing marines,” Ashbaugh said. “We had to transport 1,200 marines at a time. And we were going from Okinawa to Vietnam, and then we were landing troops on the beach. And so, we had to maintain the boats and get them up when they landed, and then we got really busy.

Ashbaugh says he and the other crew members are grateful to be reunited.

“It’s a celebration,” Davis said. “It’s a celebration of the service of these sailors and, you know, they’ve read their names and their period of service on the ship and it goes back decades. It’s just, it’s great to be able to honor people who served their country like that.

Veterans say being back in the namesake city of the ship they served on for this celebration is like a big family reunion they will never forget.