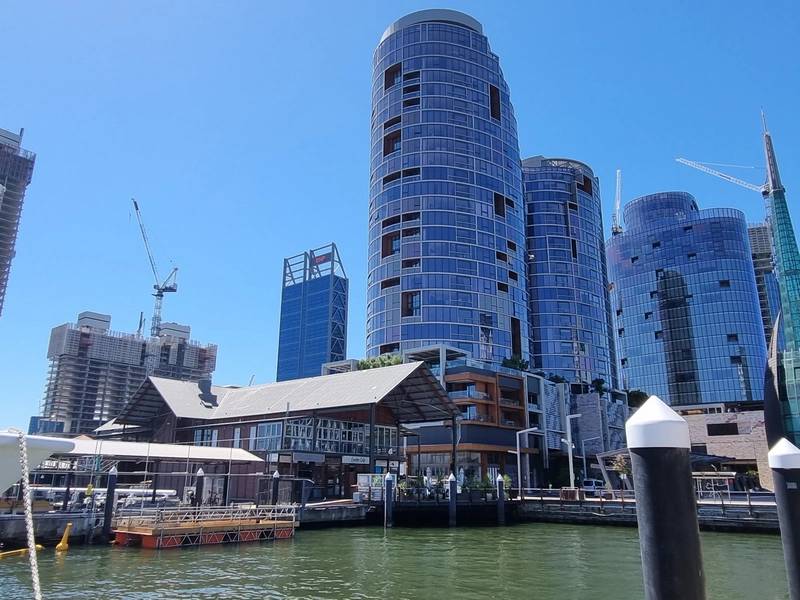 ScaffFloat, a patented plastic float that allows pontoons, barges and workboats to be built from standard scaffolding components, has just launched its first pontoon in Australia through one of its local partners, AEG Group.

Access Engineering Group, based in Perth, is the first scaffolding company in Australia to become an Approved System Partner and last week launched an 8m x 4m ScaffFloat pontoon with a submerged cantilever access shelf false to provide bespoke access to their client who is performing maintenance work on the Barrack Street Pier and requires above and below water access.

Access Engineering Group offers services throughout Australia and the Pacific Rim, both on and off shore and has over 24 years of industry experience. They approached ScaffFloat and asked to be an approved supplier as they took on home and commercial construction projects, as well as utilities and infrastructure and could see that ScaffFloat would be of value to their customers.

Damian Beausang, MD of AEG Group, said: “We have had a number of other inquiries for ScaffFloat in Australia and expect this to be the first of many jobs where we are providing safe floating access. In this case, the client, Elite Concrete Protection and Repairs, was delighted with the tailored access for their planned work, especially the safety of working near water. And at the end of the day, that’s what it’s all about: happy customers who save time and money.”

The ScaffFloat system is designed to integrate with the world’s most popular scaffolding systems, including the 450 and 750 trusses manufactured by Apollo, Generation/Altrad, Layher and Haki. It is versatility and compatibility that is fueling its overseas growth with floats in or en route to Cyprus, Malta, Singapore, Australia and Ireland and growing demands from a number of other markets .

Toby Budd, MD of ScaffFloat, added, “We are delighted to have Damian and Access Engineering Group on board and this first commercial job is a great start. It’s a real milestone that proves that the ScaffFloat system is no longer limited to UK shores. We are now looking to start manufacturing in the country so that we can supply more floats for other projects under development.”

ScaffFloat said all of its designs are accompanied by comprehensive structural, buoyancy and stability calculations produced by their design engineers and naval architect.

To further reassure the client in Perth, a Category 3 check (a certificate of compliance with temporary works standards) from Richter/48.3 Design, the UK’s largest temporary works design company, was also provided. The company’s Paul Boddy said, “Richter is delighted and proud to be able to provide continued support to Scaff-float and to give the system technical approval through CAT 3 design control. We look forward to seeing where this takes us.” will then lead.