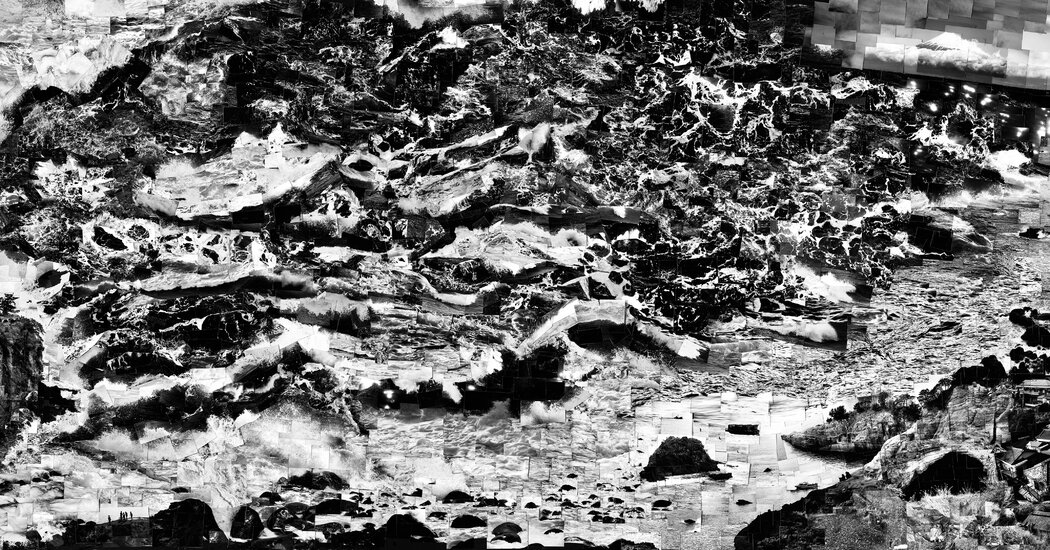 Something new was happening: Unlike Nishino’s usual process, in which he arranges his images within the recognizable outline of a city map, these waves did not replicate the shape of the actual waves he had seen. â€œIt was more abstract,â€ he told me, through his translator and agent, Miho Odaka – more like an expressionist painting than a map. â€œIt was not a reproduction or recording of my memory of a place. Instead, I create this world.

The long process of splicing and arranging tens of thousands of images requires an almost transcendent level of concentration. Normally, this evoked Nishino’s memories of the city he works in quite powerfully: he’s half there in his studio – still, intently watching this two-dimensional recording of his travels – and half inside the city at new, always on the move.

Now, working on the waves, where exactly was he? Somewhere even more trippy, it seems: a place where the imagination goes beyond memory, like water from afar, surging on the earth.

Sohei Nishino is an artist known for his work with photography and collage, which has been exhibited at festivals and museums around the world, including the International Center of Photography in New York and the San Francisco Museum of Modern Art.

Jon Mooallem is a full-fledged writer for the magazine and the author of a book on the 1964 Great Alaskan Earthquake, “This Is Chance!” His essay book, â€œSerious Faceâ€, will be published next spring.