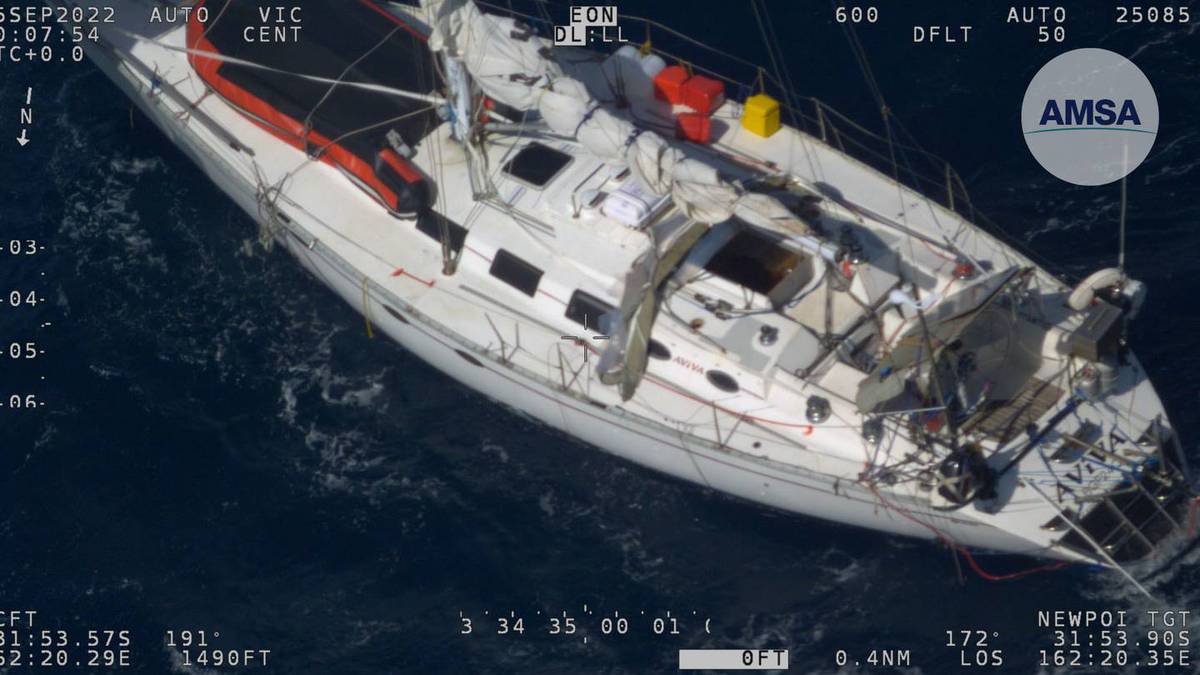 Two sailors have been rescued from a damaged yacht in the Tasman Sea.

The 70-year-old duo are believed to have been sailing from New Zealand to Australia on the sailboat named Aviva.

Several Royal Australian Air Force planes joined the search for the men yesterday after an emergency locator beacon was activated on Monday morning.

The Aviva was reported to have encountered extreme weather conditions with 10m seas and high winds leading to damage and water ingress.

The Nemesis arrived on the scene at 11 p.m. last night and rescued the two crew members.

They are now safe aboard the Nemesis returning to Sydney, via Lord Howe Island.

According to the MarineTraffic website, Aviva left Whangārei on August 27.