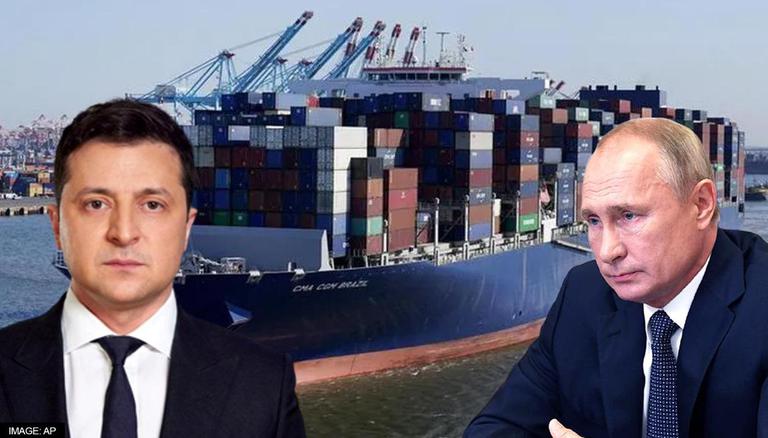 Amid the Russian-Ukrainian war, the heads of two UN agencies – the International Labor Organization (ILO) and the International Maritime Organization (IMO) – have called for immediate action to protect seafarers and ships blocked in Ukrainian ports and nearby waterways. Up to 1,000 sailors are stranded in the war-torn country, including in Mariupol, which is under attack, and on ships in the Sea of ​​Azov, according to the IMO.

In addition, ILO Director-General Guy Ryder and IMO Secretary-General Kitack Lim described the plight of seafarers trapped on more than 100 commercial vessels stranded in Ukrainian ports and waters neighbours. They outlined the issues in a joint letter to the heads of the United Nations High Commissioner for Refugees (UNHCR), the International Committee of the Red Cross (ICRC) as well as Médecins Sans Frontières (MSF), according to the ILO. News.

Together we have written to the relevant international organizations asking for help for seafarers and for the resupply of ships sailing the Black Sea and the Sea of ​​Azov around Ukraine.https://t.co/hIZNa9TWiG pic.twitter.com/dRp0PBpd0E

According to the joint appeal, “In addition to the dangers posed by the shelling, many affected vessels are now short of food, fuel, fresh water and other vital supplies. The situation of seafarers in many countries is becoming increasingly untenable, posing serious risks to their health and well-being.

In addition to this, the letter asked the three organizations to take “urgent action” to assist in the resupply of essential supplies for sailors aboard the trapped ships.

The move by the two UN agencies, the ILO and the IMO, comes after urgent warnings about the plight of seafarers from the International Chamber of Shipping (ICS) and the International Transport Workers’ Federation ( ITF). The ILO, IMO, ICS and ITF are working together to provide information to these humanitarian organizations that will help them deal with the crisis, ILO News reported.

Meanwhile, on April 8, from the Black Sea, Russian forces recently targeted the Ukrainian Odessa Oblast. According to the Kyiv Independent, the Odessa city council reported, citing the country’s armed forces, that a missile attack by Russian warships completely damaged some facilities in the region. Details of the attack have yet to be released.

According to the Odessa city council, citing the armed forces, the missile strike launched by Russian warships damaged some infrastructure in the region. Details of the attack have yet to be released.

Another similar incident took place on April 3 when the Russian Defense Ministry said on Facebook that high-speed sea missiles, as well as air missiles, destroyed an oil refinery in the port of Odessa on the sea. Black. In addition, according to media reports, Russian soldiers damaged three hot lubricant storage containers in Odessa, which supplied gasoline to the Ukrainian military forces near Oysk.