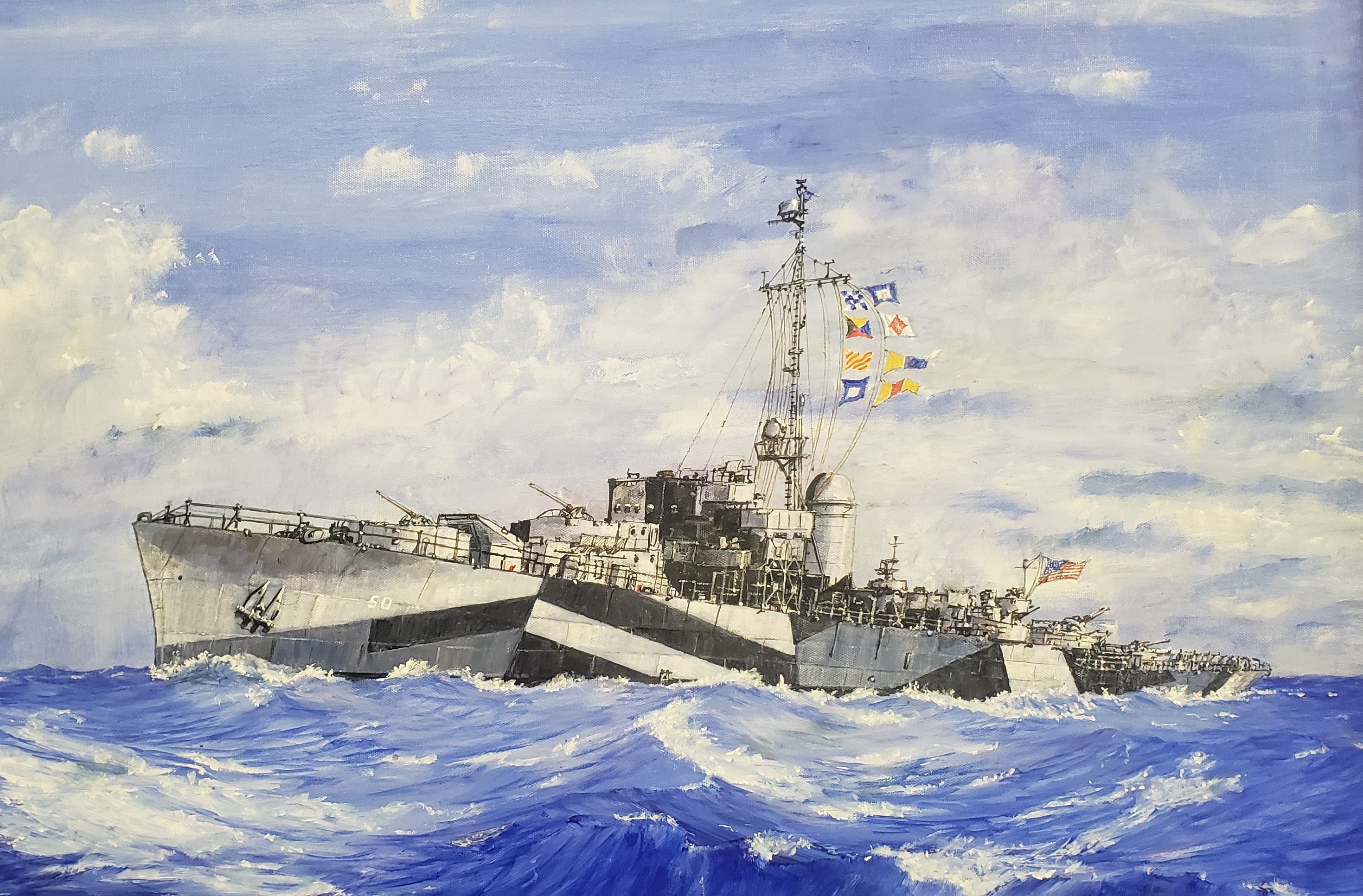 The portrait of the USS Carson City somewhere in the Pacific Ocean displaying its camouflage paint. Camouflage paint prevents an enemy from getting an accurate position when viewing the ship through a periscope for a torpedo attack.