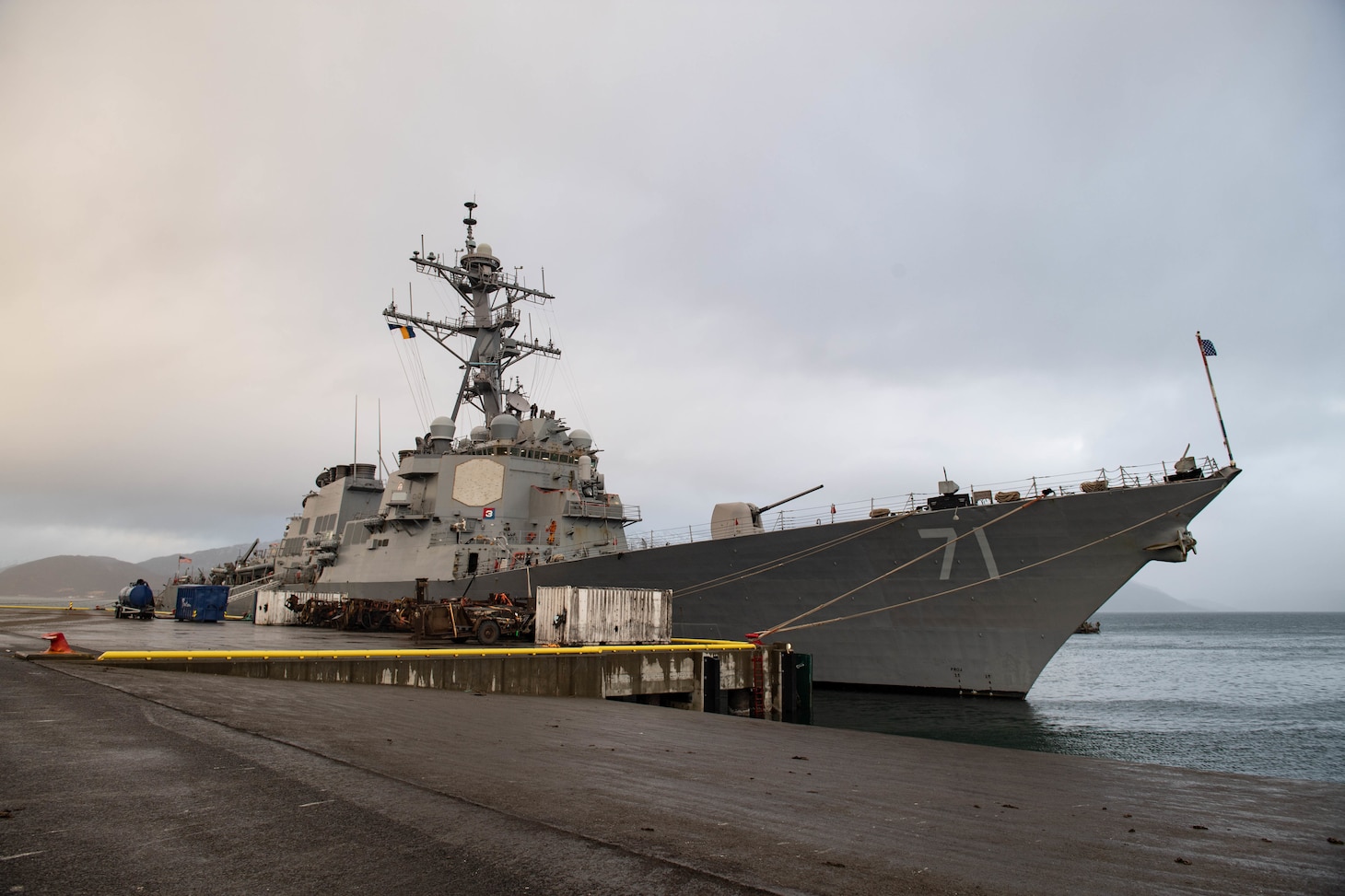 USS Paul Ignatius (DDG 117), named for Paul Ignatius who served as Secretary of the Navy from 1967 to 1969, replaced Ross on the third of four scheduled shifts at homeport in support of the long-term plan US Navy term to gradually rotate Rota-based destroyers. USS Roosevelt (DDG 80) replaced USS Carney (DDG 64) in the first homeport shift and USS Arleigh Burke (DDG 51) replaced USS Donald Cook (DDG 75) in the second.

“Ross and his crew performed admirably operating as Destroyer FDNF-E,” said Capt. Ed Sundberg, commander of Destroyer Squadron 60 and Task Force 65. “For eight years, the entire Ross’ team has stood shoulder to shoulder with our allies and partners building interoperability and building capability by playing critical roles in exercises and operations.”

Ross joined USS Donald Cook in June 2014 as the first two FDNF-E destroyers based in Rota under the command of Commander Task Force (CTF) 65. Upon arrival at C6F, Ross executed her first patrol in the Baltic Sea by participating in Sea Breeze with Ukraine, strengthening our presence and our partnerships.

After 12 patrols while assigned to the U.S. 6th Fleet, Ross completed his final patrol in the Mediterranean, strengthening our alliances and partnerships while operating alongside NATO allies and regional partners, early in the year. Russian invasion in Ukraine. Ross’ contribution as an FDNF-E vessel demonstrated our enduring commitment to our NATO allies and partners.

Ross’ commitment to NATO allies and regional partners has extended far beyond the Mediterranean. During her 8 years sailing from Rota, Spain, Ross participated in exercises and operations with allies in the Black Sea, Baltic Sea, Barents, Arctic Circle and off the African coast and has visited many countries.

“Today’s challenges require strong alliances and partnerships that demonstrate our integration and interoperability capabilities. I am extremely grateful for the opportunities Ross has had and honored to have the privilege of serving overseas with such a phenomenal crew,” said Cmdr. Scott Jones, commander of Ross. “Our experiences in the Sixth Fleet were invaluable, and we won’t soon forget the lessons we learned, or the friendships we made, as we set sail for Norfolk.”

The Arleigh Burke-class destroyer’s agility and capabilities made it an ideal platform to integrate and strengthen relationships with regional allies and partners.

Ross has many notable milestones to reflect on, including launching 35 Tomahawk land attack missiles alongside the Arleigh Burke-class guided-missile destroyer USS Porter (DDG 78), ensuring the freedom and national security of allied nations, establishing a presence in the Arctic Circle, spending 35 days in the Far North, reinforcing the United States’ commitment to regional security and stability in the region, and participating with more than 30 counties in Exercise Sea Breeze establishing a united front in the Black Sea. His milestones continued by conducting life-saving emergency search and rescue operations for a Turkish civilian ship in the Sea of ​​Marmara, saving three lives and fully integrating with the French Charles De Gaulle Carrier Strike Group to support the Inherent Resolve operation.

“Being forward deployed out of Rota, Spain has given me great opportunities to travel and experience new cultures,” said Sonar Technician (Surface) 3.rd Dusten Salas Class NCO. “He is grateful to have the opportunity to work with the Charles de Gaulle strike group.”

Ross has completed an ongoing final to the Baltic Sea to ensure freedom of navigation on the high seas by establishing its presence and working with NATO allies in the region.

Named after Medal of Honor recipient Donald Kirby Ross for his action in the Japanese attack on Pearl Harbor, Ross is to return to his old homeport of Norfolk, Virginia.

For more than 80 years, US Naval Forces Europe-US Naval Forces Africa (NAVEUR-NAVAF) has forged strategic relationships with allies and partners, building on a foundation of shared values ​​to preserve security and stability.

Based in Naples, Italy, NAVEUR-NAVAF operates U.S. naval forces in the U.S. European Command (USEUCOM) and U.S. Africa Command (USAFRICOM) areas of responsibility. The U.S. Sixth Fleet is permanently assigned to NAVEUR-NAVAF and employs maritime forces across the full spectrum of joint and naval operations. 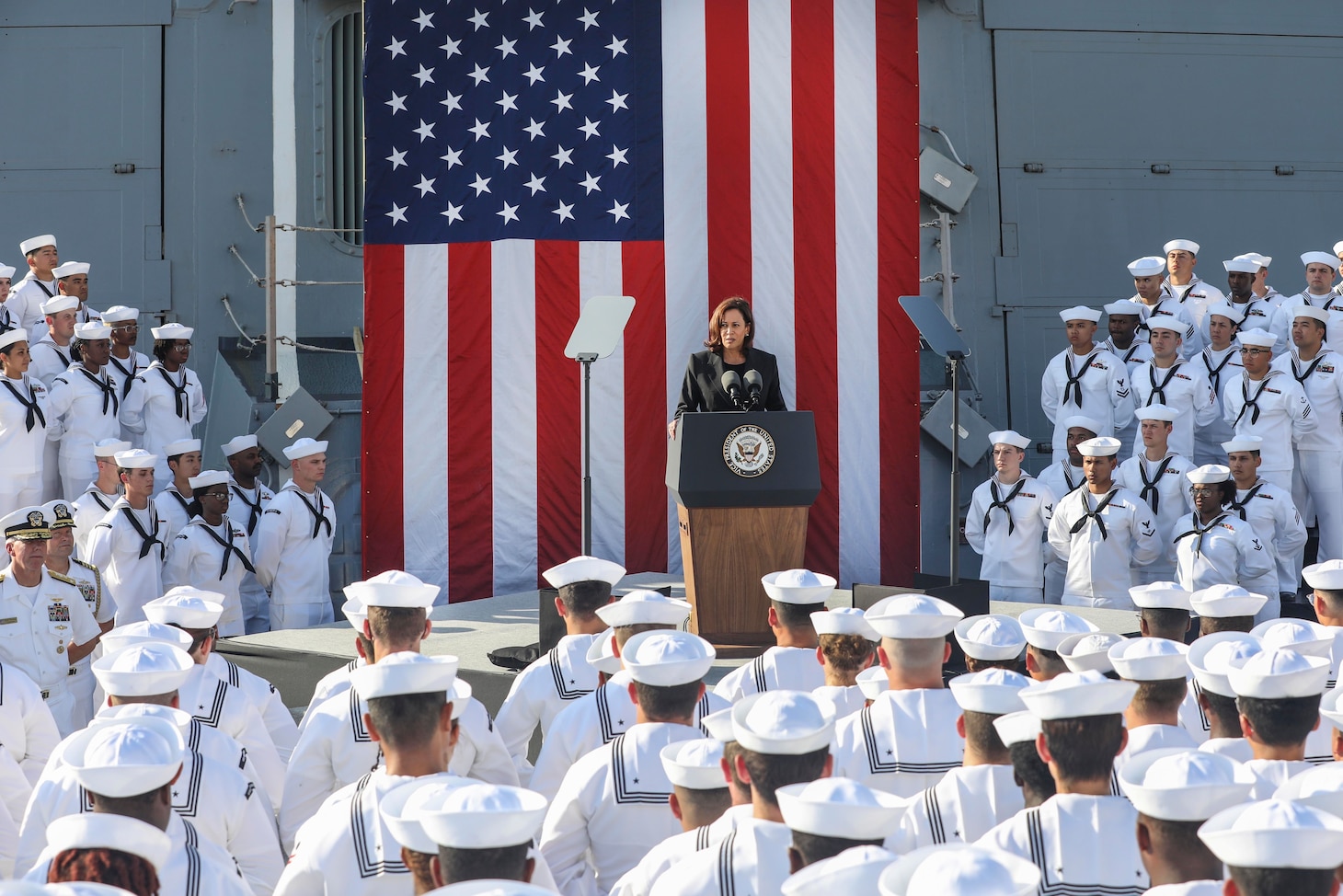 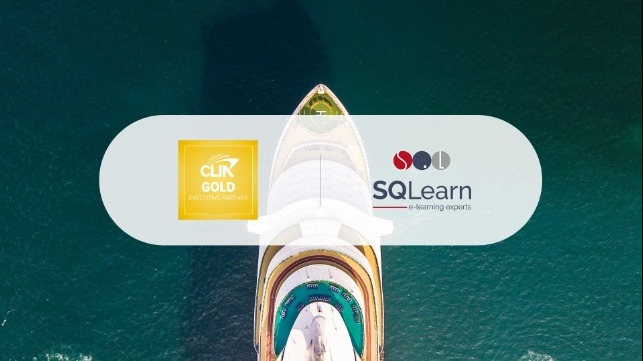