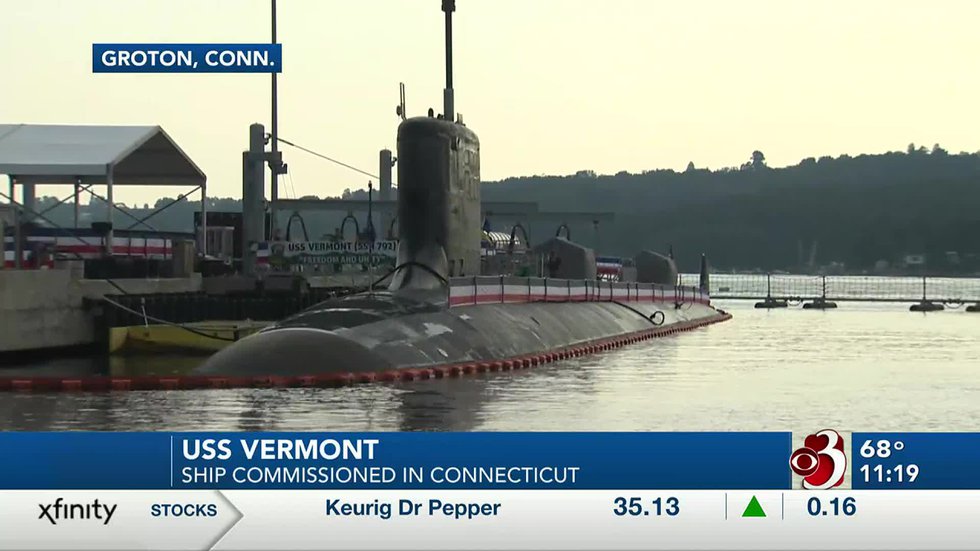 EXECUTIVE. OFC. JOSHUA LUDWIG: Today Vermont is tested and ready for battle. We are very proud to serve on the newest attack submarine in the United States. The commissioning ceremony is a time-honored tradition that began with the first commissioning of the Navy’s First Team, a British schooner captured in 1775.

REPRESENTING. PETER WELCH: We want this crew to know that we are deploying a show on our behalf, thousands of miles from here, on the bottom of the sea, and that they are alone out there, depending at that time on the each other to serve us. The memory of this in our presence reminds them that they are not alone.

READ ADMIRAL DOUGLAS PERRY: We’re with them as a fellow career Vermont submariner from a family of career submariners and the current director of Undersea Warfare. I represent the Chief of Naval Operations and I am honored to do so today. Extremely proud to celebrate the time-honored tradition of Vermont’s commissioning and official entry into naval service here. The Legacy of Green Mountain State Naval Service. It is deep despite the fact that Vermont has no ocean coastline, but before dawn on May 9, 1775, at the start of the American Revolution, Vermont hero Ethan Allen took the initiative and led the Green Mountain Boys across Lake Champlain to capture the British. Fort Ticonderoga.

CARLOS DEL TORO: Rear Admiral Perry, you’ve shown great leadership on behalf of our underwater warriors, but that’s not the only reason you’re here. And you know that as a native of Vermont you represent all the warriors from Brattleboro to St. Albans who ever wore the uniform of the United States. The Navy Vermonters have served in all conflicts with bravery and excellence, from the highest mountains to the depths of the ocean. It is a spirit much older than the state itself and even older than our nation itself

ANNOUNCER: Officers and crew of the USS Vermont man, our ship and bring her to life.