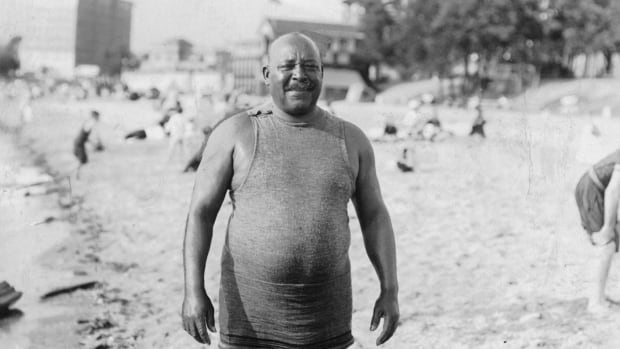 A century after his death, Joe Fortes is remembered for his community involvement and kindness as a black lifeguard in predominantly white Vancouver.

According to Lisa Anne Smith, co-author of Our Friend Joe: The Joe Fortes Story.

Fortes died on Feb. 4, 1922. But his legacy lives on, Smith says, as a testament to the impact people can have on others by staying true to who they are and offering help where it’s needed. necessary.

“If we could extrapolate a bit of that Joe personality into our own lives, we’d be that much richer,” she said.

“Citizen of the Century”

Seraphim Joseph Fortes was probably born in Port of Spain around 1863. He moved to Liverpool, England around the age of 17 and worked as a sailor aboard the merchant ship, the Robert Kerr.

The ship arrived at the settlement of Granville, now known as Vancouver, in 1885. According to Smith’s book, Fortes and his colleagues were discharged because the ship was damaged.

Fortes decided to stay in Granville and worked as a bartender and hotel porter. He swam on English Bay Beach in his spare time.

In the 1890s he began volunteering as a lifeguard and swimming instructor – a part of his life which was chronicled in the Vancouver Daily World newspaper, which reports that Fortes saved a woman from drowning on the beach in July 1897.

In a 1964 CBC special on the life of Joe Fortes, people reminisce about their time with him at the beach in English Bay. 0:59

He was officially placed on the city payroll in 1900 after citizens demanded that he be paid for his service, although some city councilors felt that a salary was unacceptable for the work he did. , Smith said.

While Fortes’ legacy has been recognized in Vancouver in various ways – a water fountain was installed in his memory and he was named “Citizen of the Century” in 1986 – some local black advocates say they think of the story of Fortes in a different way.

Fortes, for example, worked as a lifeguard for free for many years before receiving a monthly salary from the city.

“What I see here is a white Vancouver who takes pride in being extremely generous to a black man, as if, with few exceptions, he was a capable black man,” said June Francis, president of the Hogan’s Alley Society.

Francis adds that for her, Fortes’ life is representative of how black people, despite the odds against them at the time, found ways to contribute to society while carving out a living for themselves.

But little is known about Fortes’ connection to Vancouver’s black community, Francis says.

She says that when Fortes died in 1922, Vancouver’s black community, Hogan’s Alley, was just beginning to form.

The alley stretched between Union and Prior streets, from Main Street to Jackson Avenue, and was home to many black people from the early 1900s to the late 1960s.

Fortes was unable to experience the fullness of the community, which later had a church, restaurants, and other businesses.

Smith’s book highlights Fortes’ relationship with at least one black family, the Scurrys, including the rooming house Fortes lived in before moving to English Bay. He remained close to them until his death.

Fortes did not stay in close contact with his own family and never married or had children.

Although she is surrounded by hundreds of people at the beach, Francis says that when she sees photos of Fortes, he is usually photographed alone or with white people.

Portions of Fortes’ life can still be found in Vancouver: his oil lamp, a framed certificate of appreciation from the city, and a portrait of Fortes are on display at the Old Hastings Mill Store Museum.

Fortes’ porch chair and one of his silk handkerchiefs are also in the archives of the Museum of Vancouver.

While parts of Fortes’ life may still remain a mystery, Smith says he has established himself as a historic figure in Vancouver for helping so many people in the water.

Francis says she hopes Canadians will take the time to learn about the Fortes and other historical figures, and see Black History Month as an opportunity to flesh out the complexity of Canada’s history.

“We should all be angry that things have been hidden from us, disguised or erased so that we don’t have the whole story.”

On Friday, the City of Vancouver declared February 9 Joe Fortes Day, in honor of his birthday.

For more stories about the experiences of Black Canadians — from anti-Black racism to stories of success within the Black community — check out Being Black in Canada, a CBC project that Black Canadians can be proud of. You can read more here.